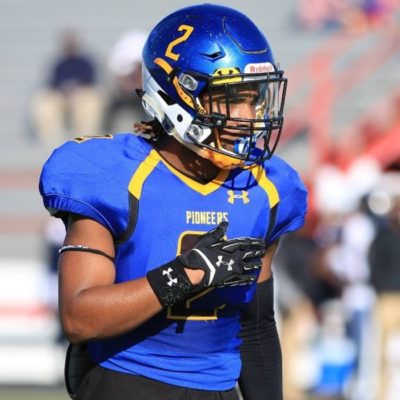 Richard Parham II is a dog for Wayland Baptist

I play Corner as well as some safety

I play at Wayland Baptist University

My role models are my parents. Every since a youngin, my parents always showed characteristics of strong people no matter what they been through. They always told me that “You’re Not Average” and I truly believe that.

Umm I’m not sure I ever had a favorite teacher but My most fun times was with my 5th grade teacher Ms. Drennen. She was real and always made us laugh. The thing is she was cool with my aunt and I didn’t even know until she called her in class one day and had me talk on the phone to her. She always looked out for me too. S/O to her where ever she’s at

Yea, growing up I played basketball and ran track. When I was around 5 or 6, I played soccer and I remember I scored 5 goals or something like that my first game lol. I only played one year of it. It ain’t no telling how good I could’ve been at that sport

I would have to say Ju Augustine for Langston. That man played everywhere from slot, rb, wideout and even safety. He was shifty and the game I remember is him have 3 receiving  touchdowns, a forced fumble AND a interception….that’s crazy smh

I would have to say Ben Owens at Slot receiver. He has blazing speed and pretty good hands but kind of a silent assassin. I remember he put up 150 something yards or somewhere close to that against Arizona Christian in the conference championship and we didn’t even know lol.

I have to go with Lil Wayne- O’Let Do It. That’s my favorite rapper of all time and that song just get me hype and take me to another level.

Even though he’s a Rookie, I’ll say Denzel Ward because we’re around the same size and our press and mirror technique is kind of similar in a way. He relies on his speed and so do I. 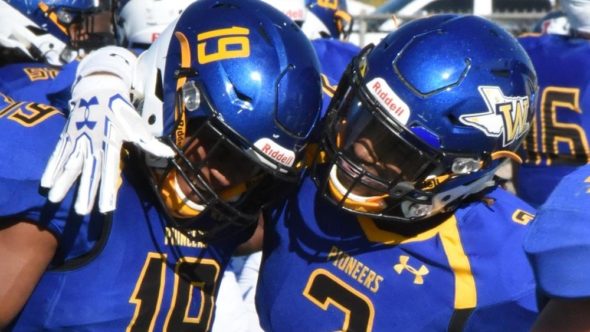 When I tore my ACL. They say you never come back the same after you do. That was a really thought time. When I first found out I was bummed out but 2 days after, I quickly changed my mind state and was ready to conquer it all. I had a hell of a support group from my dad, coaches, teammates and my girlfriend who held it down too lol. I trained so hard do to frustration and came back in 5 and a half months when it takes 9 months to a year to come back.

I talk to my parents before every game. My dad always gives me a confident building prep talk and my mom gives me a prayer before the game which mellows me out and kills the nerves. It gives me a sense of comfort just hearing there voice and knowing they are rooting for me. I been doing this since little league and have no plans ever stopping no matter how long I play.

It was against Langston my freshmen year and it was a 4th and 1 play and I was lined up at left side corner. They sent the slot in motion from the other side of the field for a handoff and I just remember coming down hill and chopping him low making him do a full front flip and they didn’t get the first. I was geeked after that play lol

I would have to say helping out at the Special Olympics. That was a great time for me and my family. I had a blast meeting the athletes and bonding with them. My goal was to put a smile on their faces and I think I accomplished that

Chargers when they had LT! That’s my all-time favorite player and wanted to be just like him. But now I’m a Packers fan lol. Go Pack Go!

This is kind of a hard one lol but Ladainion Thomilson, Kobe Bryant and my uncle Aasaun who was murdered in 2006.