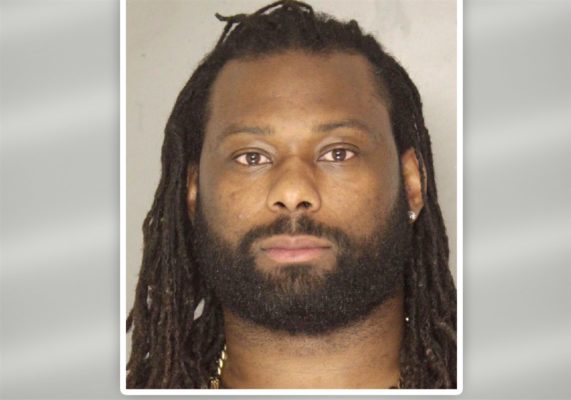 Former Detroit Lions draft pick Brandon Pettigrew was arrested Monday in Pittsburgh after police say he punched an officer in the chest three times.  The 20th overall pick in 2009 out of Oklahoma State, had a decent career, but really struggled to get over the hype of being a first round pick. Brandon Pettigrew, 33, a free-agent tight end, was charged with two counts of aggravated assault, theft of services and public drunkenness, according to a criminal complaint.

Pettigrew refused to pay a 97 dollar fee for a Limosine he rode to a hotel in Pittsburgh. Police allowed the driver to leave, and tried to talk to Pettigrew who was noticeably drunk.  At that time Pettigrew punched an officer three times in the chest.  Officers then drew their tasers, but Pettigrew let the officers place him in restraints.

According to the Post Gazette, Mr. Pettigrew was taken to the Allegheny County Jail, he was placed into a restraint chair by several staff members because he refused to listen to orders, according to the complaint.

Allegheny County Jail Warden Orlando Harper said the “emergency restraint chair” is used to prevent self-injury, injury to others or serious property damage when “other techniques have been ineffective” in controlling the inmate.

“It restrains the inmates, in a seated position, with both arms and legs restrained as well,” he said in a statement.