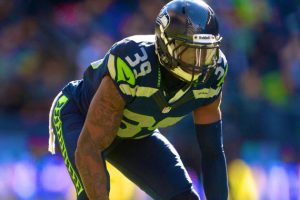 Former Seattle Seahawks cornerback Brandon Browner was arrested Sunday following a chase in Azusa, California, according to a report from NBC Los Angeles.

Browner is best known for being one of the first members of the Seahawk’s “Legion of Boom” secondary. He is a two time Super Bowl Champion as well.

Browner is really struggling now that he is not on the football field. He was recently arrested on May 6 for battery and child endangerment and pleaded no contest, according to TMZ.

He was arrested on drug charges in October, and he was arrested for making criminal threats in September. In 2016 he was accused of assaulting his child’s grandfather, although he did not face charges.

This is not going well for the former Legion of Boom member.  He obviously needs some help.