Could the Titans place Kevin Dodd on the trade block? 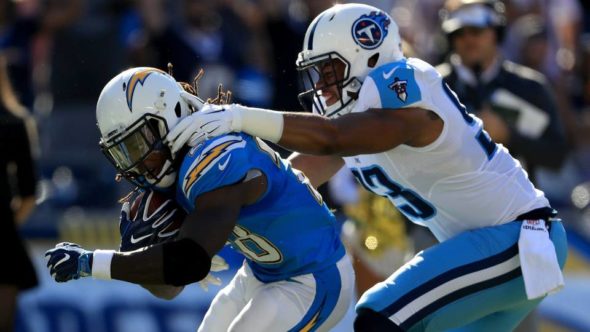 Kevin Dodd was a no show to camp, and today he was placed on the did not report list

Today there was a move in the NFL Transactions that really did not make much sense.  Kevin Dodd the former second round pick of the Tennessee Titans was placed on the did not report list. According to Ian Rapoport that is a very interesting move.

The #Titans placed OLB Kevin Dodd on the “Did Not Report” list, source said. That’s a twist.

Dodd, 26, was one of just five players to skip the Titans voluntary workouts in June, according to The Tennessean. Titans coach Mike Vrabel wanted to give Dodd a clean slate after two disappointing seasons to start his NFL career, but now I wonder if Vrabel will put Dodd on the trade block.

Dodd was selected by the Titans out of Clemson in the second round of the 2016 draft. But, he has played in just 18 career games and recorded one sack in two NFL seasons.

While he has struggled, Dodd is 6’5 and 280 pounds and plays the outside linebacker position. I am sure there is a team out there who would give up a draft pick for him.  This move by Dodd cannot sit well with Vrabel who was willing to give him a clean slate.  The Titans may not have the upper hand here on this deal, so if they are really going to try to rid themselves of Dodd, he could be a steal for someone willing to deal with him….