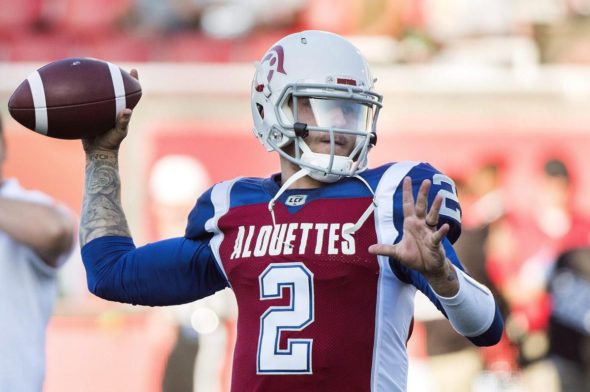 The Montreal Alouettes announced on Tuesday that Manziel would start Friday’s game against his former team, the Hamilton Tiger-Cats.

On Monday, Mike Sherman the former Texas A&M coach gave clues that Johnny Manziel would be named the starter.

“We didn’t trade for Johnny to have him sit on the bench, so obviously, Johnny’s come over here to get reps and become the best player he can become, and we stated that process today,” Sherman said, via CBC. “You probably all figured it out yourself, but when you have two players you wait till game time to make that announcement.

“It doesn’t make sense to do it any sooner.”

I have a feeling Johnny Manziel is going to be electrifying in his first career start in the CFL. What do you think? Will Johnny fail or have a huge week?