NFL tells Jerry Jones to stop talking about the Anthem 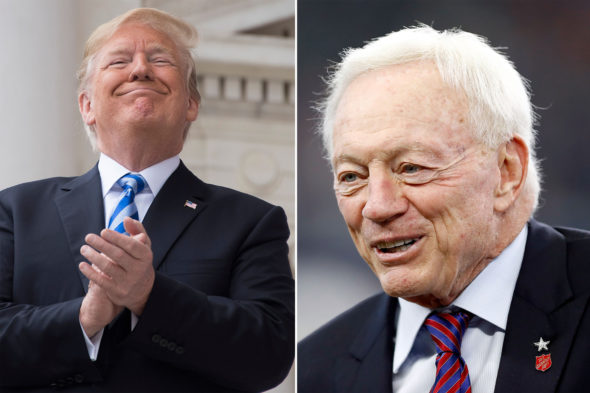 Dallas Cowboys owner Jerry Jones has been told by the NFL to stop talking about the National Anthem and now he is finally listening.

Four days after disobeying the NFL and letting the world know about his team’s zero-tolerance policy regarding standing for the national anthem, Jones is now not talking about the issue because he has been told not to by the league.

Jones informed several local television stations who had booked him for interviews on their Sunday night show from training camp in Oxnard, Calif., that questions about the national anthem and his team’s policy were not permitted because the NFL had told him to stop speaking on the matter.

I want to know what you think. Should Jerry Jones be allowed to talk about the National Anthem as the owner of a football team?

NFL Draft Diamonds was created to assist the underdogs playing the sport. We call them diamonds in the rough. My name is Damond Talbot, I have worked extremely hard to help hundreds of small school players over the past several years, and will continue my mission. We have several contributors on this site, and if they contribute their name and contact will be in the piece above. You can email me at [email protected]com