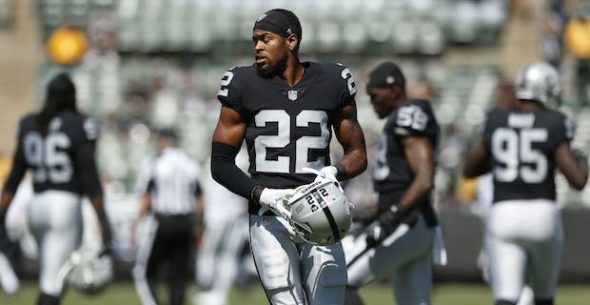 According to TMZ Sports, Gareon Conley who we had an investigative report way before every other media outlet, is counter suing his rape accuser. According to a report filed with the courts, Conley is asking for a fortune in return for damaging his image, and his draft stock.  Conley definitely could have been a top 10 pick, and he dropped to late in the first round because of this report. I have proof that the Bengals were interested in Conley because I personally spoke to Russell Guy the Bengals head of Security who asked me tons of questions about the Conley situation and the information I obtained.

I feel Conley can definitely build an amazing case against his accuser, and according to TMZ, Conley is asking for a FORTUNE!!

Conley is still pissed — and has now filed legal docs of his own claiming the “false” allegations seriously damaged his reputation, hurt his draft stock and cost him multiple endorsement deals “including a contract with Nike.”

Conley also lays out his side of the incident … saying Puscian had aggressively tried to have sex with him during the night in question, but he turned her down and she was embarrassed.

Conley says she lied to officials out of spite for rejecting her advances.

In the court docs, obtained by TMZ Sports, Conley says Puscian is liable for “malicious criminal prosecution” … and he’s demanding a fortune.