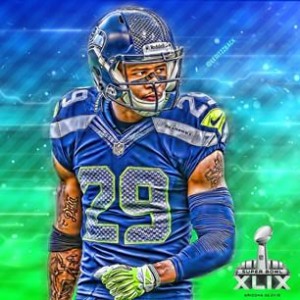 Where will Earl Thomas land?

While everyone and their Mother feels the Dallas Cowboys should be blowing up the phone lines for Earl Thomas, there are other teams out there who really could use the star safety too.

I will have to admit Earl Thomas is a major upgrade over Jeff Heath, so I am going to go ahead and put the Cowboys first.

Earl Thomas has ties to Texas and Dallas probably would be the most likely and best destination for the star safety. The Cowboys have Jeff Heath, Jameil Showers, Marqueston Huff, Kameron Kelly and Tyree Robinson at the Free Safety position. The reason they have so many is because they are obviously not too sold on the one they start.  If Thomas was to come to Dallas the Cowboys could have one of the sickest safety connections with Kavon Frazier and Earl Thomas. Kavon Frazier is one of our surprise players this year, the former Central Michigan star is a tackling machine, and I would not be shocked if him and Thomas together shined.

The Panthers have the biggest need at free safety in the entire league. They have two free safeties on their entire roster. They have Colin Jones who is solid do not get me wrong, and Damiere Byrd.  The Panthers would immediately have a better secondary teaming Earl Thomas with Mike Adams.  The problem is do the Panthers have anything that the Seahawks want? The Seahawks at this point maybe looking for a player and picks for their All-Pro safety.

Right now the Chargers have Derwin James, Casey Hayward, and Jason Verrett in their secondary teamed up with Adrian Phillips. While Adrian Phillips is a solid player such as Colin Jones for the Panthers, you have to admit if they added Earl Thomas to that secondary the Chargers would be sick.  They already have an amazing pass rush, add in an All-Pro safety and BAM you may have a Super Bowl contender like USA Today predicted?

The Kansas City Chiefs have Leon McQuay listed as their starting free safety.  I personally feel Earl Thomas is a much better fit. They lost Marcus Peters for not wanting to pay money, so this may not be the smartest idea, but when you look at the Chiefs free safeties behind McQuay you have to imagine him as an immediate upgrade.

While I love Andre Hal, he was recently diagnosed with Hodgkin’s Lymphoma.  This could be a place where Earl lands, but you have to remember the Texans did draft Justin Reid in the third round from Stanford.  Thomas would likely want to be close to Texas, and play for the Cowboys but I am sure he would be content being in Houston.  Imagine Thomas and Honeybadger lined up next to each other in the secondary? OH MY…

Here are a few teams who could be wildcard sleepers for Thomas’ services….