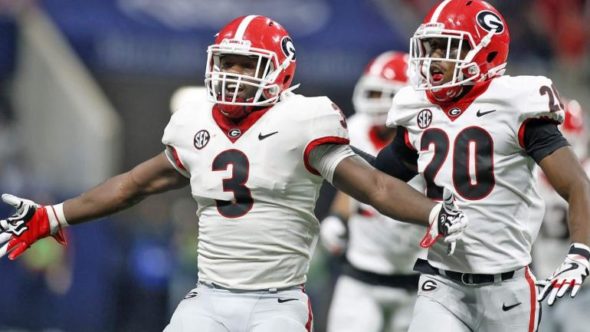 The Bears first round pick is still not signed, and the big reason Roquan Smith is not signed is because of contract language concerning a rule in the NFL.

The Bears and rookie linebacker Roquan Smith have not been able to strike a deal because of language governing whether Smith’s guaranteed money could be reclaimed by the team if he were suspended under the new NFL rule that prohibits a player to initiate contact with his helmet.

Smith’s representatives at CAA Football are asking the Bears to include in the contract a written assurance that the club would not go after any of Smith’s guaranteed money if he were suspended under the new rule, the sources said. They all requested anonymity because of the sensitivity of negotiations, per Chicago Tribune.

The new Bears head coach is hoping the two sides can get the deal done soon, because they have a huge role for the former Bulldog.

“For both sides, it’s more of a language deal, a language-type deal,” Nagy said, via the Chicago Sun-Times. “Again, for me, as a first-year head coach going through this, my thing is just collaborating with [general manager] Ryan [Pace] and what they have going on with the agent and making sure that we understand, together, I need to as a head coach just continue to keep plugging away with what we have and who we have.

“We’ll eventually get that thing figured out. The biggest thing for our organization and for our players is for me to be focused on who’s here right now, and that’s what I’m doing.”

The only two rookies still not under contract are Sam Darnold and Roquan Smith.