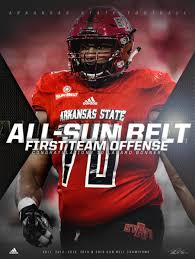 Can you talk a lil bit about your past to present? Schools/football – Position (s) you played – different sports you played? Height, weight.

Right now I’m weighing about 315 and about 6’5. I’m originally from Birmingham, AL were I started my High School football career as a junior playing for Shades Valley High School. I kicked off my first year playing right tackle but my senior year I switched over to left tackle. After completing both seasons my next stop after high school was junior college. I attended Highland Community College in Kansas were I started as their left tackle both freshman and sophomore season. Once I completed both season and graduated from Highland CC I moved own to gain a scholarship to play for Arkansas State University Football Team. I redshirted my first year then came back as the starting right tackle to earn First team all-conference my first year back. Now for my last season I’m looking to have my best year.

What would you say are your biggest strengths? Traits that translate to the next level?

Who are you focused on pre snap? What tells are you trying to pick up on?

There’s a variety things that i could look at during my pre snap read. Like depending on the down and distance  I could look at the alignment of the DE and DT or the depth of the safety and coverage of the corner.

Where do you learn more the film room or field? Can you take me through your film study process? Again what/who might you be looking at?

I would say that I’m better on the field but the film actually may pen points something’s I may not catch on the field so it goes hand and hand with me. When viewing film I will be looking for weird look’s something that will give away there ignition plan to help tip me off such as weird alignment pressed corner or dropped safety.

Biggest off the field obstacle you had to overcome?

The biggest off the field obstacle I had to overcome was  just settling in to the Division 1 lifestyle after the JUCO transition.

Who were the best players you played with and against?

What is your favorite block to execute and why? Can you take me through a perfect block?

My favorite block has to be the double with the guard on the play side of a gap scheme. Why because once I scooch down to the guards hip and and bring in that extra pop to the defenders mind-line enough to knock him off his track along with movement towards to the backside backer. With the movement we’re getting from the down lineman will cause a block out visual of the back field for the backer and end up running into it or either one of us coming off to block him. 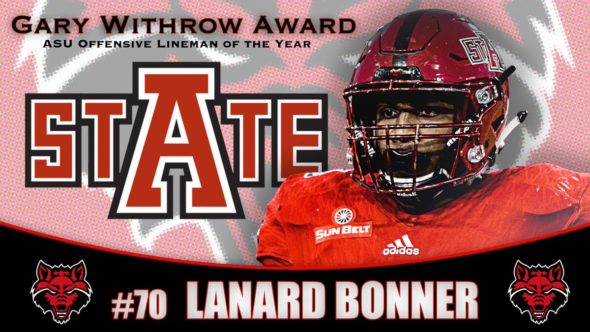 Who if anyone do you model your game after and why?

Trent Williams because I share some of the same frame as him and want to be just as much as a dog as him. Also he’s an O-Lineman that is well respected for his work and I want to be the same way.

Biggest goals for the season?

My goals for the season are to win the Joe Moore Award as a unit, earn a New Year’s Bowl game, Win Conference Championship, also win the Outland Trophy.

What are you working on right now in terms of training?

I’m working on my patience, increasing my IQ of the game, and being more consistent.