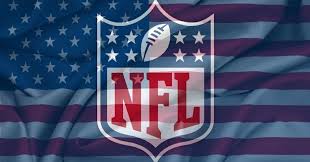 Let’s get right to it (No shame in my game). Does the NFL really care about the black athlete or fan? That question is never one you want asked about your product but yet here we are? After last weeks ruling it’s more than clear the league is out of touch with a reality the majority of it’s players &  good chunk of their audience face daily. They turned a public relations dream into a disaster. 80% of your league is african-american, a large % of fans aren’t white & this is how you treat them? Is it not presentably clear things are changing in America? Is anyone really against the youth speaking out about gun violence & the colossal problem is in our cities? What about the women’s movement & affirmation from their message? It’s clear, to some, but to others you have to have the right skin color to have the right message I guess? Let’s say a white guy took a knee to protest something that ran so deeply through his blood it went back generations, surely people’s twitter fingers would be hurt with genuine pain? Nope, nope, nope, nope, nope ,nope. We’ll call it “Tebowing” & just keep it moving …

So, this is America?

What’s more amazing is how many people are fake-mad over this. I mean haven’t we always loved an underdog in America? Do people really relate more to NFL owners than players? It’s amazing how many people are siding with the “company” over players. Most of whom came from nothing. Worked their butts off for years, when odds were against them the entire way. They “make it”, can actually do some good with the platform they have. Are asked to make a difference in their community or other areas by their teams. But when they hold up a mirror and speak up about what’s happening in their backyard they are silenced. In a few cases blackballed from the game. And last week the league told it’s players to stay quiet. Stay behind closed doors. That’s, it’s response to players essentially saying “Thing aren’t alright & we’re done pretending they are”. That’s what this is about. Not the military or flag. It’s about what’s behind the flag and what it stands for. The NFL could have created a board of players, coaches & other employees to work with police, hands on in certain communities to help bridge the divide between the two groups. Malcolm Jenkins has done similar work in Philadelphia doing something along those lines. Or talk with those that felt so strongly about the issue and go from there. Honestly it only takes about 30 seconds to think of 2 or 3 better ways to handle but this. It seems the NFL has “Baghdad Bob”, Sean Spicer & the “This Is Fine” Dog in the burning house running point on this debacle. You don’t “send” people away or tell them to leave because their standing up for an issue that deserves public attention and runs so deeply through their history. You cease being a community when that happens and just a “place”.

So, this is America?

Frankly the reasoning against the cause has gotten almost absurdly comedic. Do people actually think me or you going to work is the same thing as Muhammad Ali or other athletes? Nobody is asking me to comment on social issues and my words, actions don’t push social change. And frankly I don’t and probably never will have the reach, pull and resources they have. History is littered with examples of sports, athletes & musicians changing our culture and the world around us. One could make a great argument those things have shaped our society more than our judicial system. You can’t simply replace athletes and expect to keep the same quality of your product. People just don’t spend countless hours or care as much about what “normal” people do for a living, right or wrong. It’s almost hypocritical to get mad at how some athletes behave negatively but then shun them when their trying to create positive change. Not as hypocritical as suspending players for weed but turning a blind eye to rampant opioid usage and other pills. Not that bad. I can’t help but think of the disproportionate and frankly insane marijuana laws, that helped put so many black people needlessly put behind bars for too long. Again just not a good look for the NFL.

This is a problem the NFL didn’t need and could have avoided very easily. The league was already dealing with a ratings drop and now face losing people on both sides of the issue. Let me be very clear, the ratings were falling before the current situation. I’m not sure how many fans realize you don’t have to watch the games on Sunday and still can see all 32 teams play each week with the all 22. It’s mostly for nerds but you get the point. The All 22 btw is without commercials (so it’s a lot shorter), better angles to watch & no announcers. So you don’t even have to tune in on the weekends to watch. Also the pendulum has swung back in terms of demand. Mostly because of bad teams. The NFL loves to talk about parity but truth be told there’s about 5-6 really good teams, maybe 1-2 great ones, if we’re lucky and a lot poor football being played in between. Fans simply aren’t tuning in on Thursday night to watch the Jets play Washington. I mean people saw this coming as well but it didn’t stop the league from doing it and putting players in greater harm by playing in the middle of the week with no preparation. Like an over-confident team the league started believing it’s press clippings and thought they could do no wrong. People saw these issues coming miles away while the league only cared about making the next dollar and what was best for a miniscule group. The truth is the league doesn’t care. You don’t treat people this way. Unfortunately the NFL doesn’t get that and likely won’t until those people make them feel it through not watching and buying their product.

One college player with a strong opinion …

“ It has become increasingly clear that many people are choosing to ignore what Colin and the other players are saying and what the message is for their protest. Also, the simple fact that he was told to protest in this manner by a military officer to be respectful and laid out his reason why from the beginning leaves no room for misinterpretation. It’s sad that it has come to this and is a further reflection of the issues going on in our society. I and other college players have been forced to not participate by coaches who have much more power over our actions/playing time/ etc. than those in the NFL so our voices have been muffled even further. Those names likely won’t come out and if they did the stories would be twisted back on the athletes so it leaves everyone in the conundrum we’re in at the moment”.

This piece was put together by Jeff Fidler.  He is one of our newest writers at NFL Draft Diamonds. Please follow him on Twitter as well!