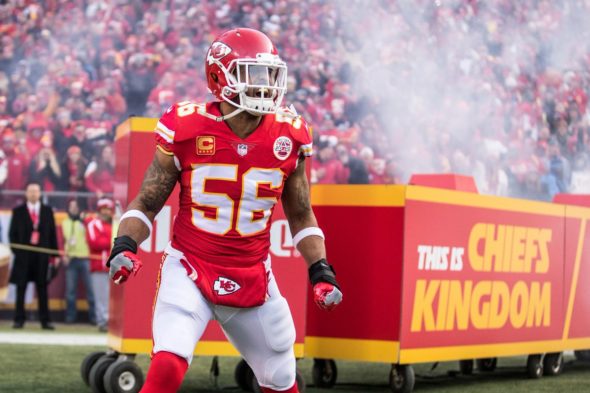 The Kansas City Chiefs finished the 2018 NFL draft by drafting Kahlil McKenzie, the son of current Oakland Raiders general manager Reggie McKenzie, and this may have sparked an off the field rivalry.

Chiefs legend and all-time leading tackler, Derrick Johnson, is set to meet with the Raiders on Thursday.

Kansas City decided to part ways with Johnson in February, via an option in his contract, but the veteran linebacker has decided that he would like to continue his playing career.

Head coach Andy Reid has extended a coaching opportunity to Johnson, in the event he decides to hang up the pads, but it seems that he may still have interest around the league as a veteran leader on the defensive side of the ball.