Why Alabama QB Jalen Hurts should go to USC or UCLA 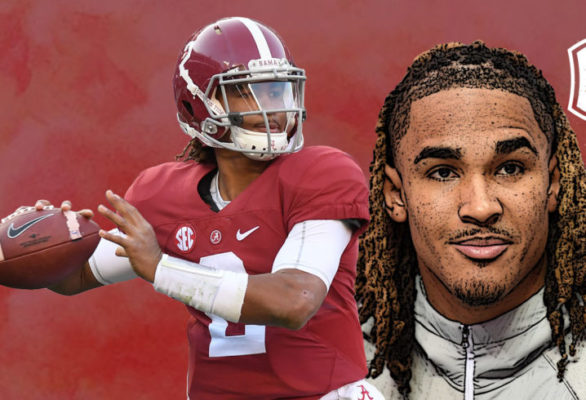 Now if you want to be honest, what institution wouldn’t want Jalen Hurts wearing their school colors and embrace him with open arms. Hurts , A QB that was set to be in Alabama immortality and winning the national championship as a freshman and now has been pushed aside by the tide faithful for another freshman sensation Tua. If he was to go somewhere why not go where there is opportunities on and off the field. So I am writing a pledge for USC and UCLA to recruit Jalen if he was to transfer.

Nevertheless Jalen could do special things in the City of Angels. Clay Helton could do amazing things with Hurts under center and with an offense that’s ready to be explode they could run through the pac 12. As for Chip Kelley Hurts could but Kelley back at the top of the reigns of west coast football as he did when he was at Oregon. With that offense hurts could but phenomenal numbers but will that put him in QB conversation when it comes to the draft. Only time will tell if the biggest free agent in college football history will actually become a free agent!