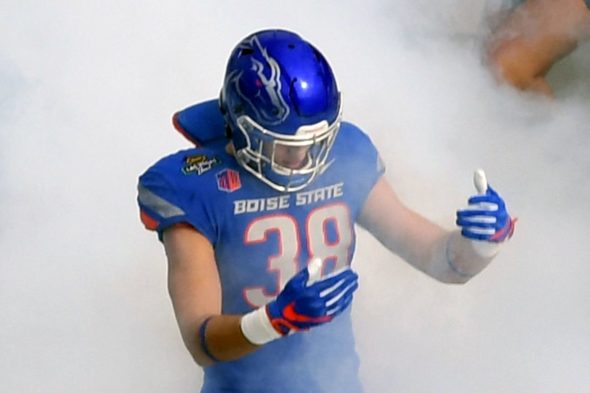 During his high school career, Vander Esch was playing football, basketball, and track and field at Salmon River High School. Helped his team win state titles in both football and basketball as a junior and senior. In basketball Vander averaged 29.4 points and 11.1 rebounds per game as a senior on the basketball team and was named IdahoSports.com Student-Athlete of the Year in 2014. In 2013 he made 131 tackles (85 solo) with five interceptions, five fumble recoveries, and four defensive touchdowns. During his time at Salmon River, he played under head coach Charlie Shepherd.

Vander Esch has good size with a good amount of bulk to him as a linebacker. Boise State had him in the middle as a middle linebacker. Vander is a solid player on the field and is someone who is more times than not in a good position to make clean tackles. He has a lot of tackles behind the line of scrimmage (75 stops)  Posted combine numbers that a player 40 pounds less than him would be proud of. Leighton Vander Esch has loose hips, with good quick-twitch ability, as well as a good change of direction skills. He will make plays all over the field. Has an eye for the ball carrier that his position coach and defensive coordinator will love. Is a great tackler against the run and as the potential to be able to pass rush on certain downs. In his last 2 games of the season, he was clearly the best player on the field with 28 tackles, 3 for loss, 1 sack, and 1 forced fumble.

The biggest worry I have with Leighton is that he is only a one-year full-time starter. Also has had injuries. (Right knee injury) With limited time on the field, his football IQ is limited as well. Meaning he may not be a day 1 starter unless he is drafted to an ideal team and scenario. He fly’s around the field which leads to him overshooting gaps and will at the time run himself out of the play. Has to work on shedding blocks at the point of attack, as well as play with better leverage. Since Vander only has a limited time in a starter role he will make mistakes that a young player will typically make with his eyes. I also believe he could be better in coverage when he is in man coverage. 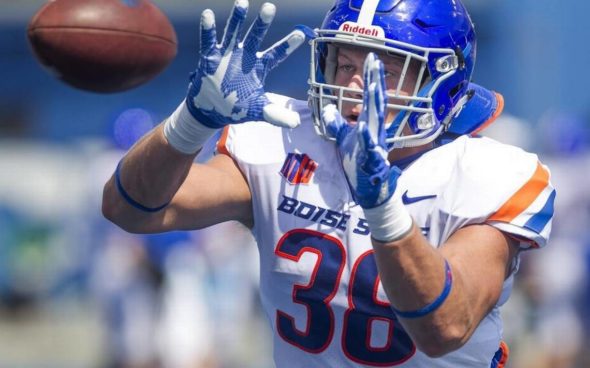 I think overall he’ll be a top 25 pick. But will come into his own likely in his 2nd to third season in the NFL. Great work ethic and as the potential to be a very good linebacker.

Vander tries to avoid a block, but keeps his eyes down and makes it easy for the runner to avoid the tackle.

Vander like I said struggles to get off blocks. Allows the lineman to get inside him, And allows him to control him.

Read’s and reacts very well here. Tackle in the open field and forces the fumble.

Doesn’t really get blocked here. Sits in the hole and makes a goal line tackle.