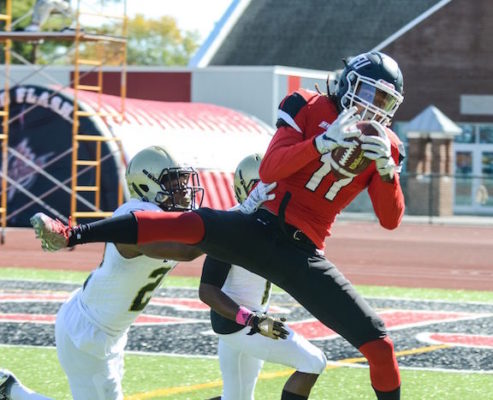 What is the best part of your hometown, Fresno, CA?

You had a monster sophomore season in 2016 (75 rec, 1478 yds. 11 TDs) & were named NEC Offensive Player of the Year. What are your expectations going into your senior season in 2018 & how will you go about achieving them both for the team & individually?

If you could go one-on-one with any NFL DB, past or present, who would it be & why?