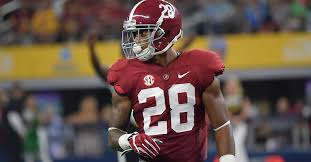 Before Averett joined Alabama he played high school football at Woodbury in New Jersey. As well as being a good football player he was also a track runner. He was registered as the nations 14th best safety and number 5 in New Jersey according to 247 Sports. While Rivals rated Averett as the number 23rd best corner in the nation. When running track Anthony clocked at 10.6 in the 100-meters, and a 6.46 in the 55 meters and high jumped 6-feet, 4-inches. posted 106 tackles, 12 pass breakups, and five interceptions as a senior in 2012, earning him first team All-State honors. Had 52 stops and three picks as a junior in 2011. Anthony signed with Alabama on February 6th, 2013, And Red-Shirted his Freshman season.

Anthony only allowed 1 touchdown in 2017, 3 total between 2016-2017 season. Allowed 49.5 percent completion rate for his career at Alabama. Averett is a very good tackler for a smaller size corner, He only missed 4 tackles on his career. Averett has the athleticism for the position, posting the top long jump mark in high school nationally as a junior. He plays with great athleticism when reacting to plays. Good hip movement and able to stick in man coverage with easy feet movement. Anthony looks very smooth in the open field and when sprinting. As the ability to stay with wide receivers from snap to the whistle. Has good heart and toughness being as he played through a sports hernia in 2016.

Doesn’t have the length scouts would like to see and scouts would like to see him put on a little weight. Only has 1 career interception, Largely in part to keeping his eye on the wide receiver and not bouncing back to the quarterback and playing the receiver and not the ball in the air. Depends on his tackling ability due to allowing windows to open up while playing zone coverage. He’s not as physical as last year’s Marlon Humphrey was coming out.

I believe Averett will be a good nickel and dime corner. And will be a day 2 pick. Late 2nd to the middle of the 3rd. But has the potential to be a Tre’Davious White type of corner. 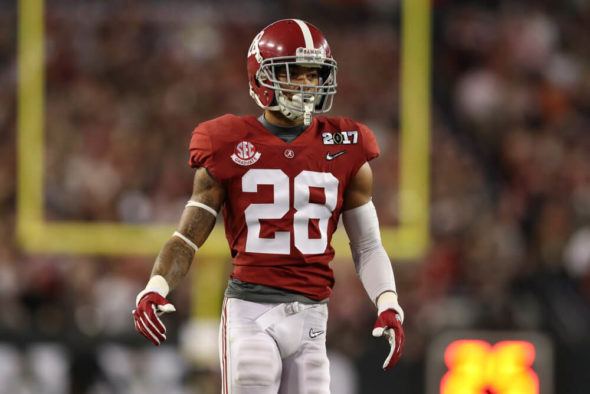 Anthony coming off the blitz from his slot position.

Anthony playing the in-route very nicely and breaks up the pass without interference.

Anthony playing the receiver and not the ball. Allows the completion.

Anthony against the much bigger Mike Williams (top 10 pick) get’s shoved away.