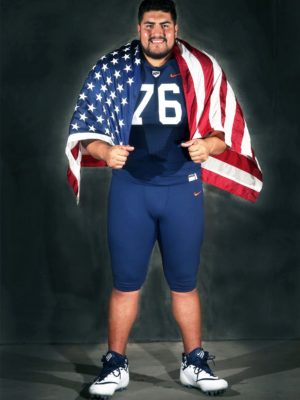 Hernandez displays the ability to have a naturally balanced stance before the snap of the ball showing an even distribution of flexibility and power in his stance. Shows consistent knee bend when taking his first initial step displaying good leverage when driving out to gain the advantage on the defender.

A powerful explosive player by not only showing out at the combine with bench pressing 225 lbs 37 times but, by showing a strong lower body that displays flexibility in his hips. He fires out of his stance and shows the ability to shock the defender at the line of scrimmage and roll the hips through and display a finished block during a play. At times he shows after initial contact he stops his leg drive and will end up in a stalemate at the line of scrimmage but is powerful enough to maneuver his defender out of the running lane.

Displays the ability to quickly set with natural body control, demonstrates a nasty mentality in engaging the defender with a powerfully placed punch. Has the ability to mirror the defender without crossing his feet and getting caught in the mess of the play, he quickly adjusts to the necessary blitz pickup without turning his shoulders and being caught off guard. Has the lower body strength to set a strong anchor with good hand placement and the ability to drop his weight and sink to create a well-balanced base. 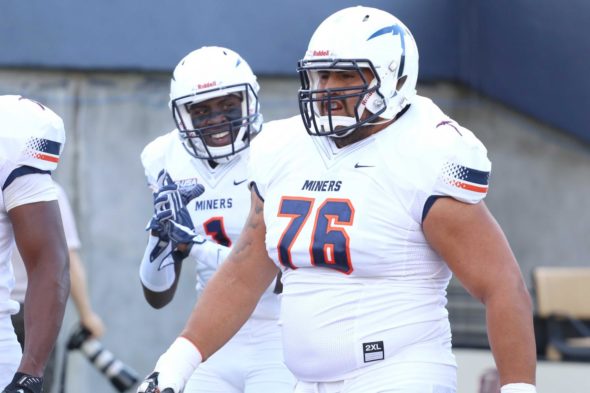 On his initial movement of the snap, he does not rise when opening up his stance to be square in the hole to drive out the defender. Shows good body control when opening up in open space such as on “boot play action” plays where he is gaining depth in his pull to be able to block out in front. He displays the athleticism to adjust on the run without losing balance when blocking in space.

Hernandez plays with a nasty mentality and for his size, he has the good mixture of power and balance in his playing style. He shows the ability to be a mauler in the run game while being agile and has the flexibility in pass protection. He can continue to improve on consistent leg drive on his blocks in that he does not have to rely on pure strength to maneuver his defender instead of being able to root them out of the running lane with consistent leg drive and leverage.