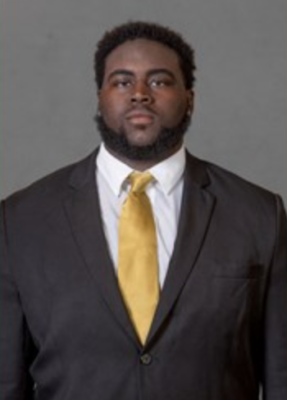 A huge role model for me is my mom. She is a very strong woman and she keeps me focused and humbled.

My favorite teacher from school was my music teacher Mrs. Renee Pullen. She also taught me how to swim too.

Growing up I played basketball, baseball, and I did track & field.

The toughest player I ever faced was Devante Kincade from Grambling State.

Shaq Mason, he’s a very dominant, physical and athletic offensive lineman like myself. He’s also one of the top guards in the NFL.

The biggest obstacle in my life that I had to overcome was going from being a top recruit in high-school to being nothing at all and having to take the junior college route and get it out the mud. I never thought I would make it out to be where I’m at now. It was a long painful journey to get where I’m at now but despite it all, I’m still blessed and thankful to be here today. 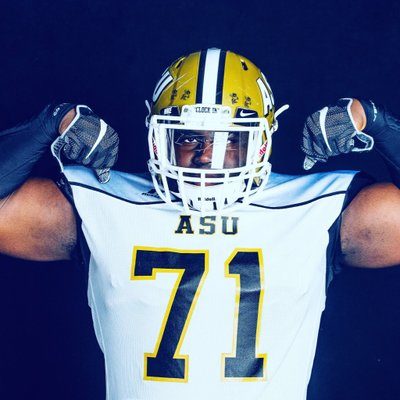 I have to get my ankles and wrist taped before every game. I also like to kneel down after I run throughout the tunnel and say a prayer to the man upstairs as he watches over me while I play.

The most memorable play from my collegiate career was when was playing Alabama A&M for the Magic City classic in 2016 and I blocked down on the noseguard and pancaked him as my running back ran behind me for a touchdown to open the game.

The coolest thing I did for someone else was giving a kid my gloves and headband after my spring game last year. The kid was super excited to receive my apparel. That’s a moment I’ll never forget.

My favorite NFL team growing up was the Falcons, mainly because of Michael Vick. He was the truth!