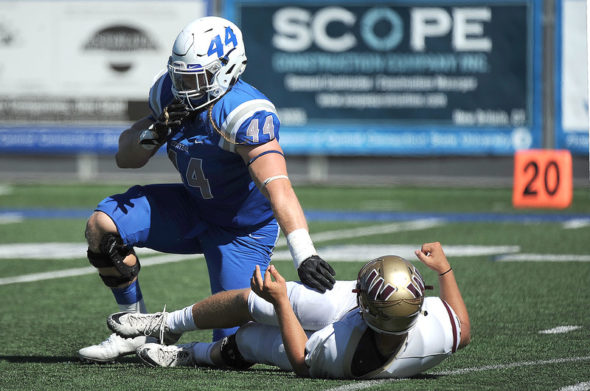 My Dad is my role model.  He’s a great father, a great friend, and he has always been there for me.

Mr. Matson. My 12th Grade physics teacher, who was also one of my strength coaches.

I played many sports growing up, however the two I stuck with the longest were Ice Hockey and Track and Field.

The toughest player I ever faced happened my Freshman year in highschool. We were playing Ironwood high school who had a freshman running back that had been jumping back and forth between the Freshman team and the Varsity team. This dude was a giant and I remember they ran outside zone to the boundary, and me being the boundary corner had to come down and make the tackle. I only remember running towards him and then me holding his ankles across my chest. He had ran me over, but at least I took him down.

Landon Reecher, our Nose Tackle. He always does his job and is constantly giving the LB’s and the DE’s the opportunity to make big plays and never receives any credit for it.

Clay Matthews. The way he plays has been motivation for me throughout my college career and I have tried to mimic the things he does in my own play. I am also very strong and fast, making me able to hold the edge in the run game and get after the QB in the pass game similarly to the way he does. 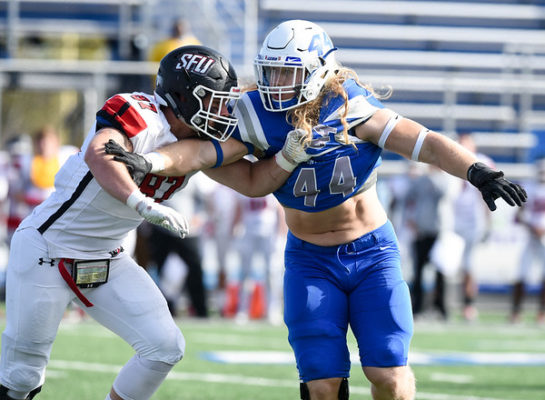 The biggest obstacle in my life I had to overcome, was being away from my newborn daughter this past year at school.  She was born August 27th 2017. I flew home at the end of fall camp for 3 days for the birth, spent about 24 hrs with my daughter and then flew back to Connecticut to get ready to play Syracuse that weekend. I was only able to do this through the strong relationship I have with my girlfriend (who is my daughters mother), my family, and God. I also saw a quote from Lebron James that motivated me to work harder during this, it read “ When you become lazy, it’s disrespectful to those who believe in you”.

I get my thumbs and wrists taped after we finish the full-team warm up before going back into the locker room. Once we run out of the locker room I go to the bench and pray for my team, my family, and myself during the coin toss. Then i’m ready to play.

The most memorable play of my college career would probably be the Pick Six I had against Walsh University this past season. It was only my second one ever and it’s just an exhilarating feeling.

I helped get one of my friends involved in the Bible Study we have at CCSU for the football team and he is now going to get baptized and has asked me if I can be there with him to witness it.

Was and still is, The Denver Broncos

I would have dinner with Von Miller, Hafþór Júlíus Björnsson, and Martin Luther King Jr, because I could learn so many things from each of them.