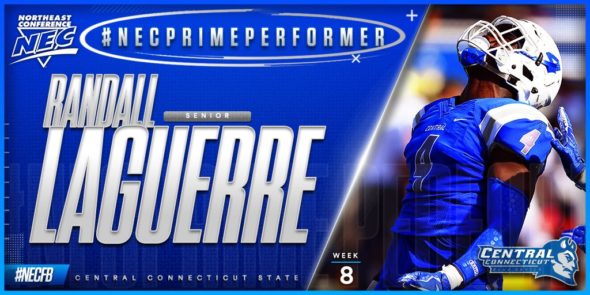 Summary Report :
Demonstrates good athletic ability in his movement, compact tackler and explodes into ball carrier when rushing the QB
Displays Good play speed that allows him to use explosive movement and counter moves to beat his block vs the run
Good change of direction ability allows him to cut inside his man in pass rush
Good play speed allows him to cover RB’s 1 on 1 on short to medium range passes and play his zone and make tackles in the open field
Displays good downhill tackling skills with good play strength to attack RB’s in the hole
Best: Explosive Tackler with good speed to cover in zone and 1 on 1 vs RB
Worst:  Could work on setting up blockers with a rip or swim move
Scheme Fit:  3-4
Overall :
Randall is an explosive player with good speed and power. Demonstrates the ability to play the run and pass. Could develop some moves as a pass rusher even though he has the frame and speed to create pressure.

This report was completed by our coach and former Arena League coach Zen Bliss. Follow him on Twitter!