Player Comparisons: The Top 5 RB’s in the class compare to…WHO? 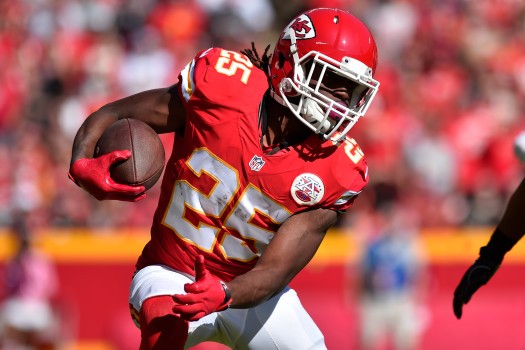 Saquon Barkley – LaDainian Tomlinson: I think the best question to ask about Barkley is “What can he not do?”. Barkley has an extremely rare combination of speed, strength, and quickness. In addition, Barkley contributes in the passing game as a blocker and a receiver. Special talents like Saquon only come around once an era.

Derrius Guice – Frank Gore: While Guice battled injuries for the majority of the 2017 season, it does not take long to see how explosive he is. Guice is a physical back with good speed and thick frame. However, durability should be a concern for Guice, as he battled injuries during his only year as LSU’s feature back.

Ronald Jones – Jamaal Charles: Though he may not be as polished as the top two running backs in this class, Jones has excellent speed and acceleration. Similar to Charles, Jones is lean and a bit thin in the frame. However, they both are electric in open space and have the ability to change a game with one touch.

Sony Michel – Kareem Hunt: Similar to Hunt, Michel can contribute both in the run and pass game. Both have compact frames and will very rarely lose yardage. Though Michel may not be the “home-run hitter” some of the other running backs in this class are, Michel would be a solid addition to any backfield.

Kerryon Johnson – Le’Veon Bell: Though I can’t guarantee Johnson will have the same success Bell has had, they have similar running styles. Both lack elite speed but demonstrate patience to allow their blocks to set up and quickness to get through holes. Similar to Bell, Johnson can be an immediate contributor in the passing game and is a three-down running back.