Player Comparisons: The Top 5 DL in the class compare to…WHO? 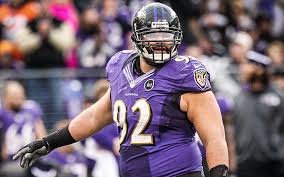 Defensive Line – Comparing the best defensive line in the draft to others around the league, by Austin Guptel

Vita Vea – Haloti Ngata: Vea is stout against the run and has the athletic ability to develop into an extremely effective pass rusher from the tackle position. He would be an excellent fit for a 3-4 defensive front.

Da’Ron Payne – Shariff Floyd: Payne helped his stock at the Combine by demonstrating strong athletic ability. This athleticism will have scouts excited about Payne’s upside and the potential pass rush moves he could develop.

Taven Bryan – Cameron Jordan: Taven Bryan is an impressive athlete that can play both inside and outside on the line. If Bryan is able to hone his skills, he could become the most dominant lineman in this group.

Maurice Hurst – Michael Bennett: A heart issue popped up during his physical which cause Hurst to miss the NFL Combine. However, Hurst still has the highest upside in this interior lineman group due to his athletic ability and pass rush skills.

Derrick Nnadi – Javon Hargrave: Nnadi may is not the athlete some of the other defensive linemen are, but he eats up blocks and uses solid technique. Nnadi can immediately help stuff the run and free up linebackers.