Player Comparisons: The Top 5 WR’s in the class compare to…WHO? 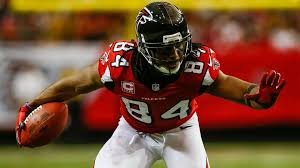 Calvin Ridley – Marvin Harrison: Similar to Harrison, Ridley possesses a skinny and lean frame, but still find success due to their expertise as route runners. Ridley is a quick twitch athlete and accelerates to create separation coming out of breaks.

Deon Cain – Roddy White: Mistaken at times for only solely a vertical threat, Cain has the subtleties in his route running to be a complete and effective receiver. Though he has had off the field issues in the past, a clean 2017 campaigns provide hope those days are behind him.

Courtland Sutton – Alshon Jeffery: Both Sutton and Jeffrey are big-framed, physical receivers who lack top end explosiveness. Though he can certainly improve as a route runner Sutton has the ability to develop into a solid NFL starter.

Christian Kirk – Golden Tate: Two words that come to mind when you think about Golden Tate are tough and quick. Kirk has both of traits, along with good speed and open-field ability. In addition, Kirk has a strong build, allowing him to separation inside and out.

D.J. Moore – Stefon Diggs: While a bit overlooked at times during his college career, Moore has the opportunity to end up as the best receiver in this class. He is a tough receiver, with good speed and a solid build. Similar to Diggs, Moore is an underrated, yet explosive playmaker.