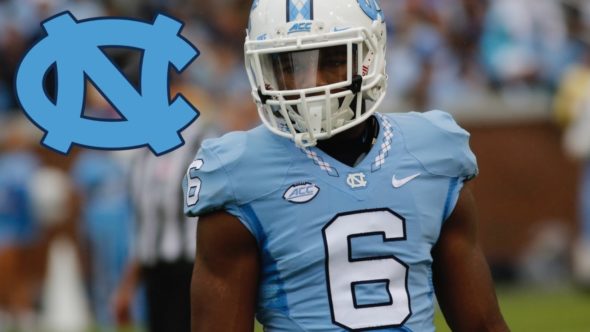 Before M.J. Stewart was in college for North Carolina he was the No. (28) ranked corner in the country and No. (13) player in Virginia. In high school, Stewart was named a first-team All-Met by The Washington Post twice. Playing for Yorktown Stewart was a running back, wide receiver, safety and cornerback. He was coached by Bruce Hanson, And as a defensive player he totaled 77 tackles and 10 interceptions. Stewart’s parents had the biggest impact on his life. Marvin Stewart Sr. and Rhonda Mayfield, Who exercised in sport science. If Stewart could pick his NFL team that he could get drafted would be the Eagles. His passion after his career is over will be to own his own gym and be a personal fitness trainer.

Stewart is a defensive back from North Carolina, standing 5’11 and 200 pounds. Stewart ran a good 40 at the NFL Combine with a 4.54 official time. Stewart had (3) good years, But surprisingly his freshman season was the best. Where in 2015 he only allowed (1) touchdown but totaled (4) interceptions. Tag that with only allowing a 44.9 percent catch rate and a passer rating of only 39.8 percent. While at North Carolina Stewart played multiple positions. But in the NFL he is most likely going to play as a slot corner or be put into a safety position as he has the skills to do both. Stewart was invited to the Reese’s Senior Bowl where he was graded out very well and NFL teams liked what they saw.

Though Stewart had a good 2017 season it was also his (3rd) best season. As he didn’t have an interception the whole season. But also allowed (3) touchdowns in 2017. He may also struggle with long speedy receivers as he doesn’t have top end speed to keep up with them. Stewart will be a developmental player that will take a few years but could grow into a starter in the NFL.