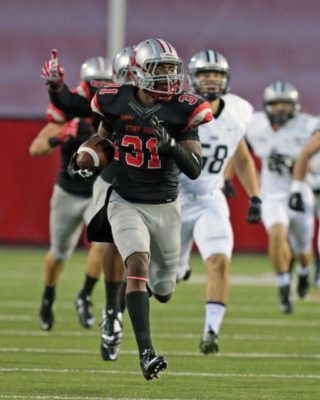 My Cousin Clinton Hart whom I consider an uncle. He’s a true testament of hard work pays off. Not playing a down in college football only playing baseball, from playing arena to going overseas. Got his chance to play for the Philadelphia Eagles they eventually cut him and sent him to play for their team in Europe. As he began to dominate overseas, he came back and tried out for the Philadelphia Eagles but this time he made the team backing up Hall of Fame Brian Dawkins. He Started their last 10 games due to injury but got released at the end of the season. Knowing he could compete with the best God continued to bless him getting picked up for the San Diego Chargers. My cousin Clinton Hart had a break out year in 2007 recording over 105 tackles and 4 interceptions which should’ve got him a ProBowl roster spot. Growing up I never knew it was possible from someone in our family to achieve the things he did in such short amount of time. When my dad was in prison he would write me letters about Clinton with all his stats from the arena league, overseas, and the pros. I was so fascinated by it all, but it gave me a sense of belief that I can do it too.

Baseball was the first sport I ever played all the way up till I was 13. I had to stop playing because I had to wear glasses to see but would never wear them nor goggles.

If I’m being honest I fear no player on the field. You may be bigger or faster than me but I studied film so I will find something in your game to give me the edge I need. Players put on their pads the same way I do.

I believe my entire team was underrated because we were an FCS school, not an FBS so teams wouldn’t give us the respect we deserved but when we stepped on to the field we would beat that respect out of you.

I would compare myself to Darius Slay because we both can play inside and out very savvy players with great ball skills. Even though I still feel as if he’s underrated as a top corner in the league. I feel the same way about myself I’ve shown I can compete with the best and I believe my stats and game film says the same.

Having knee surgery on my MCL and Lateral Meniscus. With it being my first major injury in my entire life I just felt as if I wouldn’t come back the same player as before with my quickness being my strong suit. I kept God first as I attack my rehab process every day also doing the little things when I wasn’t in rehab. God continued to show me the way as I came back ahead of schedule stronger fast and quicker. I give all the glory to God without him none of that would’ve been possible. 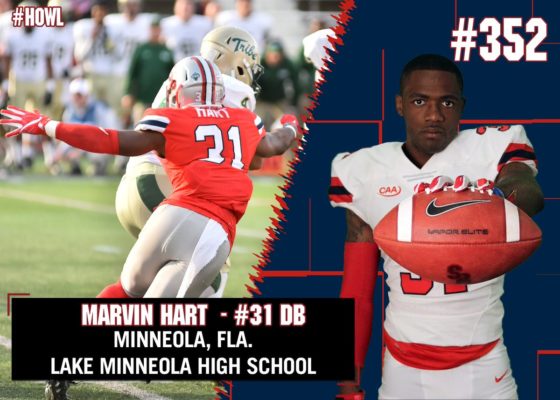 Not really a big pre-game ritual guy I always kept a big smile on my face regardless of the situation before or after the game because I always thought to myself I have family and friends who would love to be in the position I’m in to go out and play the game I love each and every day. So I just go out there and have fun with it.

Playing against New Hampshire at home and I went up and high pointed the football for my first pick of the season got up and stared at our crowd as their screaming. That brings me joy making plays for my team.

After every home game kids would line up over the tunnel screaming and begging us for our gear any an everything they could have. I would literally run to my locker and scrape up gloves, bands, anything I could find in my locker sometimes my teammate’s locker and run it out to the kids. The looks on their faces are priceless and it humbled me every time knowing these kids look up to you and was our job to go out to perform every Saturday.