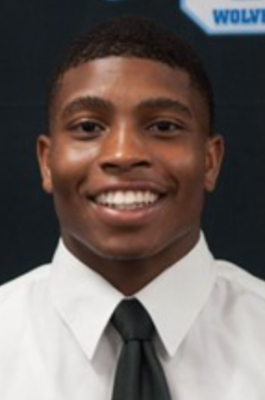 Ray Lewis, I always wanted to command the field like the way he did. He was a natural leader, strong, and passionate that always proved the doubters wrong. I want the same type of role and prove the doubters that I, too can play in the NFL with players that went to bigger schools.

My favorite teacher Dr.Jang, he is my professor for most of my business classes, and he always pushes me to be great. Assignments, essays, and class work he always made me look over my work, and think critically about everything.

Yes, I played a lot of sports growing up. My dad was a basketball coach, and he always was pushing me to play. I played basketball in high school and wrestled for varsity for 2 years. Also, made all-county in wrestling.

Jordan Morgan, he played tackle for Kutztown. He what ferocious and relentless with his blocking if he got a hold of you it was so hard to shed him off. That is probably why the Bears drafted him in the fifth round in 2017 draft.

Nathan Jones, he played defensive tackle. Even though he was short, he always made plays when nobody thought he was. I think he was the only nose guard with a sack last season.

Phil Collins- In the Air Tonight that song would get me pumped so much. That song is made for you to think about reproducing greatness every time you play.

Dwight Freeney, because he isn’t that big or fast, but he knows how to make plays. He is hard to block and he can play outside linebacker as well. So, he is a double-threat, which I am as well. 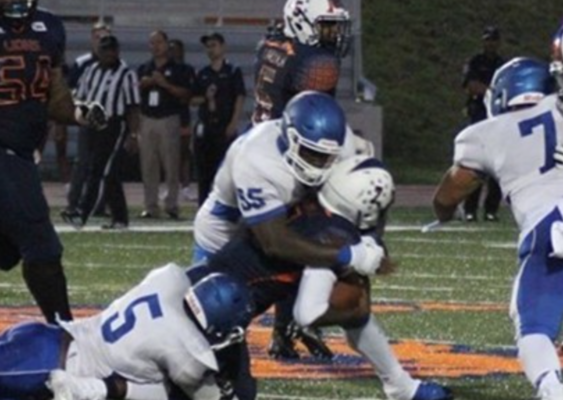 The biggest obstacle I had to go through was changing my body from being a lineman into a skilled position while I was in high school. All of my younger years I was fat and played guard very well. However, I looked up to Ray Lewis and wanted to play linebacker so my Dad made me run track, and play a lot of basketball right after eighth grade. I was so happy to lose the weight right after my freshman year, I ended up transferring schools, and getting into the starting rotation in varsity with the linebackers as a sophomore.

Yes, I would have to pee and then pray to myself in the stall right before going out. It helps me get all the jitters out before kickoff!

The best play was when we went into double OT with Lincoln University of PA, and my junior year coach moved me from stand-up end to middle linebacker at the play it was 4th down and we had to stop the next play. The running back ran toss and my eyes lit up as my fellow linebacker Jamiel Hines was able to wrap up 2 yards behind the line of scrimmage and the running back tried to wiggle from that tackle and I came over to help get him down, and other teammates joined in to help. This play was so memorable because it broke our school losing record!

We went as a football team and made sandwiches and snacks for the homeless in Philadelphia, Pennsylvania. This event really humbles me and taught me to appreciate everything you get because it is a lot of people who are not fortunate as I am.

The San Diego Chargers, I loved Ladanian Tomlinson as a kid. The way he made those colors pop made me want to be a fan.

I would want to talk to Martin Luther King Jr., Russel Simmons, and Steve Jobs.