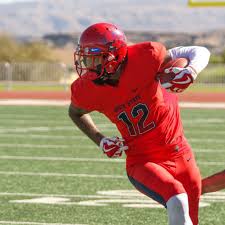 My mother Michelle Camire is my role model. She taught me the true meaning of hard work and sacrifice. Words can’t even explain what type of commitment she had for making sure my brothers and I were provided for. I would have never been where I am today without her. She’s always been there since the day I was born, and for that, I am forever grateful!

My favorite teacher will always be Mr. Dodge from Long Beach Poly

Football and Basketball were the main two sports I played growing up. At one point basketball was my #1 sport.

Toughest players I’ve faced were Fred Warner from BYU and Dominique Hatfield from the University of Utah.

Most underrated players on my team were Kasey Allison and Orlando Wallace. Both of the have crazy potential 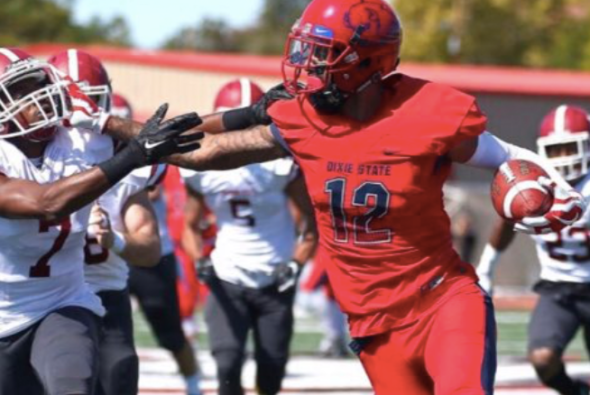 Chief Keef- Faneto is the one song that gets the mood turnt every time I hear it.

The biggest obstacle I had to face took the course over fall of 2016. Having to sit out that season due to personal reason, and moving back home. To my beloved grandmother passing away that November. Also, being jobless at that time. It was tough for me, I was in a dark place for the first time in my life. Everything that could have gone wrong did, and at times I wanted to give up. I tried to see the light in the situation but it was hard to find it. I got back on track with God and decided to start praying more often instead of just every night. I start going to church on a regular basis again, and I started grasping hope like never before. I’ve always been a strong soldier mentally, but that obstacle broke me down. Only God was able to build me back up

My pre-game rituals are really simple. I usually stretch for about half an hour the night before game day. I have a phone call with my mother while I’m on the bus to the stadium. Once I get to the stadium, I go out to the field, run some routes and do some feet work, and also catch tennis balls. Once I get back to the locker room after getting taped and dressed, I’ll drink some pickle juice and Powerade to prevent cramps. I’ll pray right before we leave the Field for game time and I run to the opposite end zone to pray once I get on the field. Pretty simple ritual all around but imperative for me

The most memorable play in my college career was scoring a touchdown against Ole Miss. Just the atmosphere was crazy, and it was at a key moment right before going into halftime. So, it helped my squad gain momentum for the time being. At the time Ole Miss was one of the best teams in the country and I was going to take advantage of the opportunity

One of the coolest things I’ve done off the field was probably something that happened in 2016 when I had to move back home that fall. I had $40 to my name cash literally, the debit card said 0.00, had no jobs lined up, didn’t know how I was going to make income for the upcoming weeks. One of my close friends needed $20 for something, I can’t even remember. I gave it to him no hesitation. The reason why was it was just a dope moment for me is that when he asked, my first thought wasn’t “no I only I have $40 to my name”, it was “let me make sure my bro is good”. That revealed the type of character I have as a person, and that I’m going to always put the helping of others first. I was looking for payback or anything like that. Even it takes away from me at the moment, I know God will bring blessings around regardless

Favorite NFL team growing up was the Chargers, still is

If I could have dinner with three people it would be Will Smith, Jamie Foxx, and Kobe Bryant. Paula Patton too just because she is my little dream crush or whatever you call it.