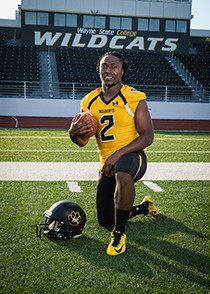 Strengths: Etta is a versatile defender who was used as an OLB & box safety in a 4-3 defense, a nickel CB in nickel packages, and a gunner on special teams. He has good play speed & range to fight through traffic to stop runs off tackle. He has good instincts & mental processing to diagnose screen passes & short passes and to find a good fit in run support. He can rush the QB from multiple spots along the line of scrimmage. He uses the good athletic ability to cover the slot receiver & TE in zone coverage. He has the speed to get downfield on special teams to shut down the returner. He is a violent hitter when bringing down the ball carrier.

Weaknesses: Etta can be considered as undersized for a pro level LB. At the snap of the ball, he tends to fault step. When rushing the QB, he does not have many passes rushing moves in his arsenal, relying on his strength to overpower blockers. His abilities to cover the slot receiver & TE in man coverage is questionable. He plays with a high pad level, especially when tackling. He tends to dive at the ball carrier’s feet or goes high when trying to land a violent hit. He is not an expert at any one position on defense. 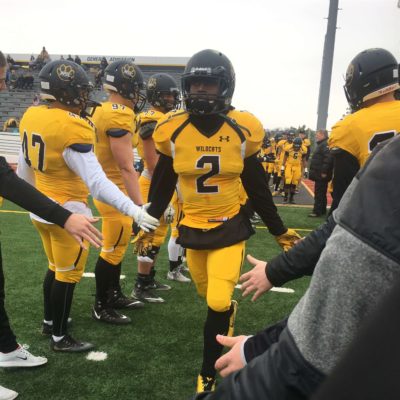 Summary: Etta is a defender that can be used in multiple positions because of his versatility & athletic ability. He has the speed & range to stop off-tackle runs, and the instincts to diagnose screens, short passes and runs before they gain yardage. He can rush the QB from multiple spots despite not having many moves to use to beat blockers. While his abilities in zone coverage are adequate, his abilities in man coverage are questionable. While he is a violent tackler, he does not always use good form. At the next level, he needs to show that he can play with a lower pad level, cover the slot receiver & TE in man coverage, and can use the better form when tackling instead of tackling high, or going for the big hit. I have Etta making a team as a playmaker on special teams while he develops as an OLB or a box safety in a 4-3 defensive scheme.