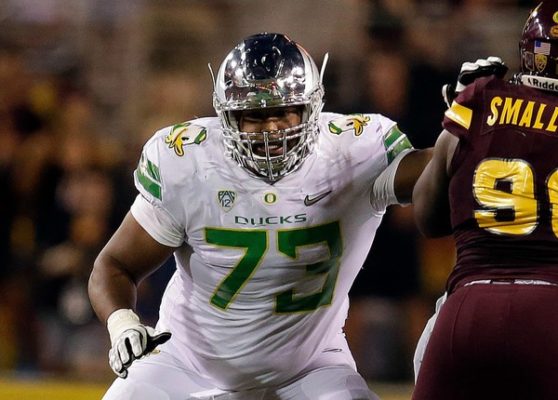 Growing up I played football, basketball, and track, and field (thrower).

The most difficult player I went against in college would be Deforest Buckner. (2016 Round 1 Pick 7, San Francisco 49ers; University of Oregon DL 2012-2015

Yes, I start by listening to Ed Sheeran for a while to keep my calm. After that, when I begin to put my pads on, I start to listen to hip-hop.

Before every game, I like to listen to Lil Wayne’s song “Pick The World Up”

My role model is my mom. For much of my life, she taught me the majority of things I know about growing up and what it means to be a man.

I have a tie for favorite class between the art of the athlete and my city planning class. Least favorite would be Art 101.

My favorite experience would be getting my dog, Cori. She is a pit bull terrier mix.

I never really had anyone I would consider my favorite. The same with a team, since Utah (where I was born) and Nevada never had a pro team.

I would be in the movie Shooter and be Bob Lee Swagger just because he is a determined relentless bad dude. 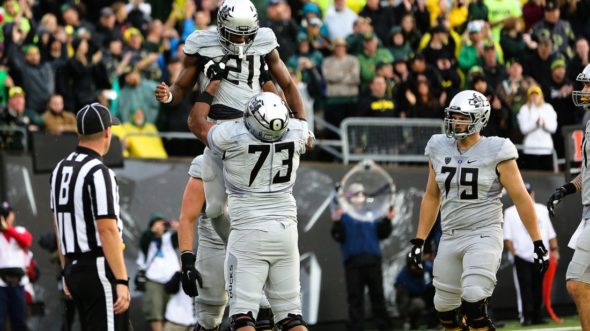 If I could meet a historical figure it would be Nelson Mandela, because of all he achieved in his life and how he battled adversity and came up on top.

Superman, because his alter ego is Clark Kent. His true self is a superhero. Whereas people like Bruce Wayne transform into Batman. Superman was born to be a superhero.

How to handle weakness. I never expected to get hurt and miss a season and not being able to participate on the field with my brothers made me feel weak. Nevertheless, I just kept reinforcing positivity in my life and it helped me have a great senior year after overcome missing my junior season.

I would say I would want three wishes over five years than one right now. This is because I could have one of those wishes right now.

If I could go back and tell my high school freshmen self, I would tell myself to focus on school more because as I got older the more I realized that football is finite but the education I learn is forever.