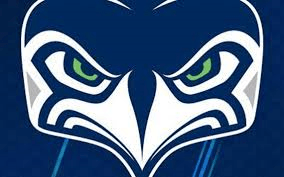 There are two expectation, in the pacific northwest, 1) It is going to rain 2) the Seahawks are always competing for a super-bowl. Needless to say, that the way the season ended, was quite the disappointment. No matter what they tried, it seemed like the ‘Hawks, always got in there own way. Add that too the sudden surge of division rival, Los Angeles Rams, and you can clearly see the root of where (Head coach) Pete Carroll’s ,headache has sprouted. Good news for ‘Hawks fans, is that they cheer on a team loaded with talent, lead by all-pro’ Russell Wilson. Truth is, that Seattle wasn’t too far off from fielding one of the deeper rosters in 2017, as proven by all the devastating injuries.

With that said, we decided to look deep into this years pool of draft prospects, and put together a mock draft, that could help the once NFC West powerhouse , find it’s way again. Here goes nothing! 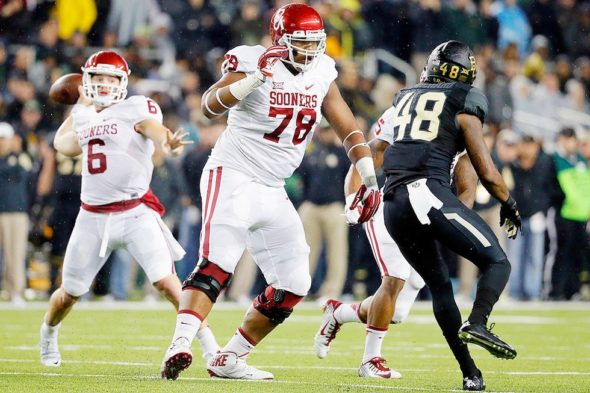 RD 1) OT Orlando Brown (Oklahoma)- Let’s start with the obvious, Russell Wilson, has been under pressure a lot, over the last few years. The old way use to be, find an able body, plug and play. Well, fast forward a season or three, and you can see how that way just doesn’t work. There is a bit of talent up front, but finding a player with Orlando Brown’s, skill set, could go a long way in fixing there biggest issue. Brown’s ability to set an offensive edge, both in the run game, and the pass, would be a breathe of fresh air for (QB) Wilson. Blessed with quick feet, and a strong punch, the Oklahoma  product, would fill in right away at right tackle, eventually taking over the blind side.

RD 4) S Deshon Elliott (Texas)- So man questions surrounding the once highly touted duo, of Cam Chancellor and Earl Thomas. Between, serious question marks about Chancellor’s career (injury), and the contract talks looking to rear it’s ugly head, for Thomas. The possibility of the Hawks’ being without one, or both of there all-pro’s ,is starting to look real. Even if they both come back, healthy and ready to roll, it would behoove the front office to find and incumbent replacement , that could at least add depth this season. Elliott, has the “IT” factor, and would fill the role well. Strong against the run, he has a nasty streak, when meeting ball carriers. What may be his strongest suit, is his coverage, and play making ability. A true ball hawk, Elliott would serve as solid center fielder , all while learning from the leagues best (Thomas).

RD 5) TE Dallas Goedert (South Dakota State)- If the young prospect had played for a high profile school, we could possibly be talking about him as a day 1, day 2, draftee. looking pass the bias of the NFL scout, Goedert, has all the tools to be a true weapon at the next level. Blessed with good size (6’4 260Lbs), great route running ability , and sneaky athletics. Not too mention strong hands, and the gut too play in the middle of the field. Seattle, could lose Jimmy Graham, this year, and need to find a replacement, that could help in the pass game, as well as the run.

RD 5) OG Frank Ragnow (Arkansas)- Seattle isn’t just a player away from housing a dominant offensive line, hence there 2nd pick here. Ragnow, check all the boxes for an NFL caliber linemen. Strong, thick bodied, quick feet, good in both assets of the game, all wrapped up in a nasty attitude. This would be considered a luxury pick, as Ragnow, can play across the line, from tackle to tackle. But with that said, he is probably best suited to play Center, or either guard position’s. Luckily those are area’s that the Hawk’s could use a little help.

RD 5) CB Holton Hill (Texas)- Well, we already got one Long horn, why not get another? Hill, has great size (6’3 200 lbs) , good speed, and is just as good playing inside (Slot), as he is on the outside. At one point he had been getting late day 1 -early day 2, consideration, until an incident saw the young play maker, suspended from his team. Despite the hiccup, Hill is the type of player, that screams Pete Carroll, and would be another great addition to the Legion of Boom.

RD 7) DE Ade Aruna (Tulane)- You ever hear the saying, “speed kills”, well that is exactly how one would describe, Aruna. The talented prospect, is a legit monster coming off the edge. With good size (6’4 265), he possess the all the necessary skills to eventually replace all-pro Michael Bennett. Solid in both run and passing situation, he could be a real steal, in the 7th round.

RD 7) RB Lavon Coleman (Washington)- When your quarterback is your leading rusher, you may have an issue. When looking at the depth chart, you see a slew of talented runners, problem is, none of stayed healthy. I personally believe the Hawks’ have the talent back there to be successful , but adding a runner like Coleman, could only benefit the offense. Built like a short yardage back (5’11 230), this thick bodied baller, has the skill set to make things happen in the secondary, and the speed to take it the distance. Steal!

RD 7) OLB Fred Warner (BYU)- At 6’3 235 LBS, Warner has great size, and even better athletics, to make all the plays, in the run and pass game. When watching the tape, he kind of reminds you of Philadelphia Eagles, Nigel Bradham. The way he makes plays on all three downs. He could also add value to special teams, and possibly work his way into the starting line up.