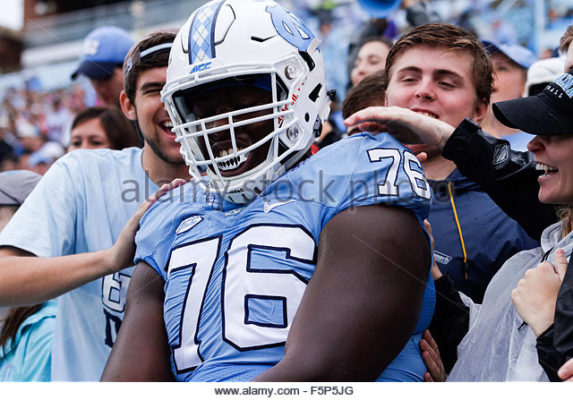 DD: What is your name?

DD: What is your Height/Weight?

DD: What is your position?

RJ: Right Guard. Can also play both right and left tackle, and left guard if needed.

DD: Where do you play college football?

DD: Where are you from?

RJ: From Albemarle, NC. It’s a small town about 45 minutes Northeast of Charlotte.

DD: Who is your role model, and why?

RJ: For me, my role model and inspiration is Prince (RIP). I admire how much he put into creating music, and how he went about what he was doing. Prince in a sense was a perfectionist, yet he had so much output in terms of creating music, and he was always thinking ahead, evolving, and always creating something. He also went out of his way to develop other artists, and create songs for them. He was in control of everything, and he made everything he did seem so astronomical. The one important thing I learned from Prince through watching a bunch of his concerts, movies, and interviews throughout various points of his career, is that impossible wasn’t in his vocabulary. Every second of the day is an opportunity to make progress and basically do anything you want to do. Whenever he had an idea, he wouldn’t think about the slightest chance of it not coming to fruition. He made a plan, and made it happen. In my sophomore year of college, I began writing a sports fiction novel that I finished last December. I had an idea of what I wanted to write from the time I started college, but I just chose one day to begin writing. Some people are scared to make progress on an idea they have, but that’s not me. For that, I got to thank Prince for being a reminder to always be precise, always dream big, and always make progress and evolve.

DD: Who was your favorite teacher?

RJ: My favorite teacher is Ms. Seamon who was my math teacher in high school. She pushed me to be the best I can be, and she worked with me all throughout high school to improve in math since it wasn’t my forte. My freshman year I started the semester in her class with a D, and for the whole rest of semester, I went to her for tutoring and advice every day from the time school ended until practice, and until school ended till 4PM in the afternoon in the off-season. I ended up getting an A at the end of the semester. She sort of became my second mom, but most importantly she harped on me that hard work will all pay off in the long run.

DD: Did you play any other sports growing up?

RJ: I played basketball along with football when I was younger, and for a year in high school. Throughout middle school and high school, I also did wrestling and track and field (shot put and discus).

DD: Who was the toughest player you ever faced?

RJ: Easy, Solomon Thomas. 2016 Sun Bowl in El Paso, TX. He made me better after going against him, and it lit a fire in me to get better in the off-season while getting ready the 2017 season. I certainly took my lumps in that game going against him, but there were some good things I did in that game that I built off of for next season.

DD: Who is the most underrated player on your team?

RJ: I would have to say Nathan Elliot. He came in for us last year halfway through the season at quarterback, and he really had complete control of the offense. He did some really good things for us last year, and he’s always been a tremendous leader, and teammate. He is a quarterback that can do a whole lot for an offense. He learned and mastered the system we ran, and he really provided some spark to our offense last year, and we sure needed it. Some people may say he’s not athletic enough and all that, but he can produce when called on.

DD: What is the one song that would fire you up before the biggest game of your life?

RJ: Foo Fighters – “My Hero”. I get the feeling that I’m doing this for somebody or a greater cause. The thought of me playing and letting that inspire somebody else is among one of the best joys of playing this game.

DD: If you could compare your play to one player in the NFL who would it be and why?

RJ: I would have to say La’el Collins. I play with a chip on my shoulder, and I’m certainly not afraid to throw my body around to help make some plays happen. I love the tenacity and speed he plays with. Watch his blocks on Bobby Wagner and Earl Thomas back in 2015 on the same play, and you’ll see what I’m talking about (laugh).

DD: What was the biggest obstacle in your life you had to overcome, and how did you overcome it?

RJ: One of the biggest obstacles I faced for a while was being bullied throughout 2nd grade till my sophomore year of high school when I started to get recruited. It made me really anxious and nervous about how I would appear in public and it affected how I thought others would treat me. It took me a while to get outside my comfort zone and make friends. It’s not fun being lonely.

DD: Do you have any pre-game rituals?

RJ: I mainly just have my headphones in and listen to my playlist I have, and stretch till ready to get suited up.

DD: What was the most memorable play of your collegiate career?

RJ: There’s two that would have to be equal. The first one was back in 2016, and we’re underdogs at Florida State. We hit a game winning field goal, and I’m at right guard on the FG team. I have three guys over me, I block my butt off, and our kicker Nick Weiler booms it and it begins to curve right and narrowly goes in. Still gives me goosebumps. The next one is from that season and we’re playing Pittsburgh. It comes down to a last drive and we’re at home. We run the ball and get down to the three or two yard line and the clock is still running. We line up quick, we all up front blocked our butts off, and Mitch Trubisky throws to the back corner of the end zone and Bug Howard goes up and grabs it and we win by a point! Easily the best two moments from my career at UNC.

DD: What is the coolest thing you ever did off the field for someone else?

RJ: There is a kid named Darrese that is my biggest fan and he was in middle school at the time. He told me I’m one of the reasons he started playing football, and he (like me) was being bullied a lot by some of his classmates. I was at home from school on Spring Break, and I called his Mom and his homeroom teacher, and I wanted to surprise him and come eat lunch with him at school. They made it happen, and I go and eat lunch with him one day, and I got to speak to the class as well. I mainly spoke to him about being bullied and I told him he had to ignore everybody that’s teasing you or give them trouble. If somebody provoked him, don’t fight and walk away and take the high road. I also told him to find some outlets if he ever got frustrated about being bullied. He told me he wanted to play football and I gave his some pointers. He’s now about to be a senior in HS, and he’s tearing it up on the field! It’s great to know you helped out in someone’s life. 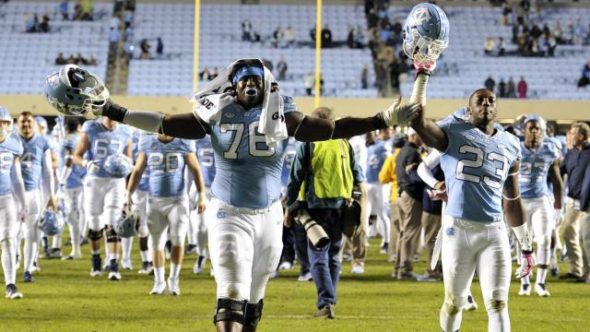 DD: Who was your favorite NFL team growing up?

RJ: It’s always been the Vikings. I loved watching Daunte Culpepper and Randy Moss when I was growing up. Also, Minneapolis is where Prince hails from. That’s all that needs to be said (laugh).

DD: If you could have dinner with three people dead or alive, who would you choose?

RJ: First and foremost, Prince. Then I’d probably have to say two wrestlers: The Ultimate Warrior and Bruiser Brody. That would be an interesting dinner though.