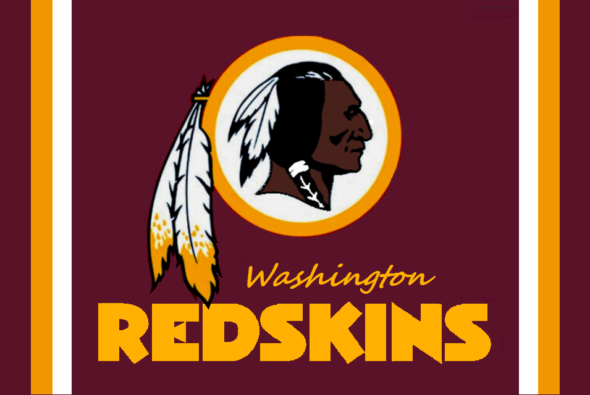 As the 2017 season kicked off in Washington D.C., expectation’s were high, and rightfully so. Lead by (sort of franchise ) QB Kirk Cousins, and a bevy of the talented player’s on the roster. As the weeks went on, thing’s became increasingly worse, as Washington, struggled on both sides of the ball. A mix of injuries, heartbreaking losses, and some questionable play calling lead to a devastating season’s end. When it was all said and done, the Washington Redskins were sitting at home with 30 other NFL teams, looking on as there divisional enemies, were streaking from worst to first, and eventually a super bowl victory.

Good news is, it is officially Mock draft season! The hopes and dreams are dashing to an all-time high. If the Redskins, can hit on most of there picks this year, they could be adding talent to an already deep roster, and in turn possibly getting back to there dominant ways. 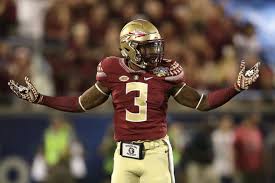 RD 1) S Derwin James (Florida State)- Washington has bigger needs than safety, but at 13, a talent like James is too good to pass up on. Although, they house a solid pair of corners, there back end is in need of a serious upgrade, enter James. A complete playmaker, like the DB’s that came before him, at FSU, James can make a splash in both the run and pass game. He has the quick twitch to play inside and cover the slot, while having the size to take on bigger bodied prospects, and the skill set to play on an island. The addition of James would be a big impact on a defense that seemed to be reeling most of the year.

RD 2) OG Will Hernandez (UTEP)- One of the issues the team faced this year, was pressure given up. Mostly from the interior, where injuries and the deficient play ran ramped. With the talent at DT in the NFC East, it would behoove the front office to find an answer before they suffer another lost season. Will Hernandez, hasn’t gotten the love a lot of other prospects have, some because of the small school he played at (UTEP), and partly because he plays on the line. Not a lot of love for the big boys, wrongfully so, but Hernandez deserves the long look, as he is a complete terror to defensive linemen. A thick-based, road grading blocker, he has the skill set to be a power in the run and pass game. The Redskins would be in a good situation by selecting Hernandez, one that would help them house one of the best front lines in football.

RD 3) WR Equanimeous St. Brown (Notre Dame)- Washington’s offense has talent on the outside, just no consistency. Jamison Crowder, in my opinion, is one of the most underrated wideouts in the NFL, and Josh Doctson has the tools to be a star but doesn’t seem to have it together yet. With that said, you can never have enough talent, or weapons. St.Brown is a true threat to score from anywhere on the field. Considered a possession WR, he has the strength to take over a game and dominate defenses. He is wiry and plays with a chip on his shoulder while running clean routes. He has the speed to separate, but the size to body up on smaller corners. An addition to him would give newcomer Alex Smith, a trio of talented young stars.

RD 4) LB Josey Jewell (Iowa)- not a very flashy prospect, Josey Jewell, can just flat out play football. He is a true gamer, solid in the run game, as he sheds blocks well at the point of attack, and offers some on passing downs. He diagnosis plays very quickly, and always seems to be playing in the backfield. Washington needs to add some youth to there LB core, and Jewell would be another solid player, from an LB conference.

RD 5) CB D.J. Reed (Kansas State)- In order for the Redskin’s to get the quarterback situation issue figured out, they went away from Kirk Cousins and traded for Alex Smith (Kansas City Chiefs). While Alex Smith, could be an upgrade, depending on who you ask, Washington, had to give up a heck of a young player, in Kendall Fuller. The loss of Fuller is going to be felt, as he has all the tools to be a star. With that said, Reed could help ease the pain a bit, as he has the potential to be a legit steal in the 5th round. He has good length (6’1) and the ball skills to be a contributor on the outside. Solid in the run game, he would need a little development, to reach his full potential in the NFL.

RD 6) RB Mark Walton (Miami)- Washington seemed to of finding their workhorse, in Samaje Perine, last year. But after him it get’s murky, as the most talented back (Chris Thompson), isn’t built to be the in between the tackles runner if Perine were to go down, and honestly, Perine, struggled with ball security a bit. Adding a runner like Walton would add depth, in the form of a guy, who can be the number 1. He adds value in the passing game, as a solid blocker, and pass catcher. He also has the ability, to lower his shoulder and punish defenders, despite his size (5’9 205). He can create space with his patience and makes things happen in the secondary. If it wasn’t for an injury this year, we could be talking about Walton as an earlier drafted prospect.

RD 7) OLB Mike Love (South Florida)- Talking some scouts, they say Love is a prospect, that could be on the rise. But for now, I will keep him here in the 7th round, and give the Skins’ a steal. At 6’4 260 LB’s, he has the size that scouts covet, in a 3-4 OLB and the tools to be a menace to opposing offenses. He sets the edge very well, while he diagnosis plays, and reacts quickly. Washington has solid playmakers on the outside, but adding a talent like Love would boost the LB room. Steal!

RD 7) NT Khalil Mckenzie (Tennessee)- It wasn’t size (6’3 335), or skill set, that has Mckenzie, falling all the way to the seventh round. When you put on the tape, you see a player who can disrupt games, both in the run and passing game, and a young man, with a heck of a motor. No, it wasn’t any of those things, it was injuries, that has him falling. If he stays healthy, the Redskins could have a monster of a prospect here late. adding someone with his skills could go a long way in building a dominant D-line.