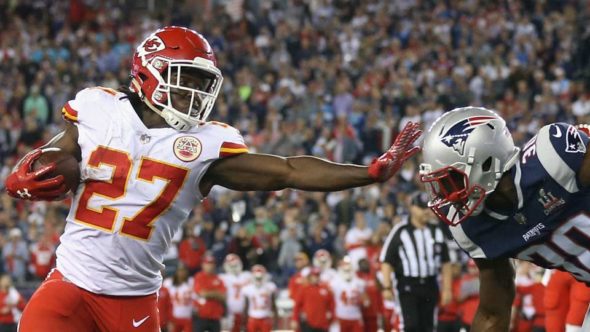 The Cleveland Plain Dealer reports that the 19-year-old woman, Abigail Ottinger, told police that Chiefs star rookie running back Kareem Hunt pushed and shoved her around 3:45 a.m. Saturday outside his apartment. Hunt grew up in the Cleveland area, and while a report was filed, Hunt was not arrested.

A friend of Hunt’s who was with him has also filed a complaint against Ottinger for assaulting her, and both Hunt and Ottinger are listed as suspects in separate reports.

According to the reports, the accuser and a friend met the running back in a bar and went back with him and his friends to his apartment at The Metropolitan at the 9 hotel. She was allegedly kicked out of the room later in the night, leading to conflicting stories about who committed assault, according to Bleacher Report.

The women left the apartment but stayed in the hallway outside. Ottinger says Hunt went outside and shoved her, while another woman says Ottinger hit her in the face when she told Ottinger to leave.

Prosecutors have not filed charges against anyone. Sounds interesting and like something to keep an eye on.