NFL Draft: 3 Prospects the Atlanta Falcons should keep an eye on. 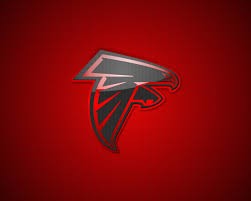 Despite, being on the wrong side of the greatest comeback, in super bowl history, and following it up, with a loss to the Philadelphia Eagles, in this year’s playoffs. The Atlanta Falcons, have had quite a bit of success, as of late. Lead by the scrappy Matt Ryan, at QB, and an ascending defense, built for the long haul. The Falcon’s have seemingly gotten better every year, on their way to becoming one of the more dominant teams, in the NFC. With that said, there have been some devastating endings to each of the last two years, losses that highlighted, the holes on there roster, ones that need to be fixed in order to finish the season on top.

Even with all the talent they house, there seems to be a toughness, in the trenches, where they lost this year’s divisional game. The Eagles, front ran rampant, as they continuously pressured Matt Ryan, and completely shut down there run game. Luckily, in this years draft, there are some serious prospects, that can help the team compete, by filling the obvious holes, on both sides of the ball. Here is a look at a few players who could interest the “Dirty Birds”, and get them a bit tougher. 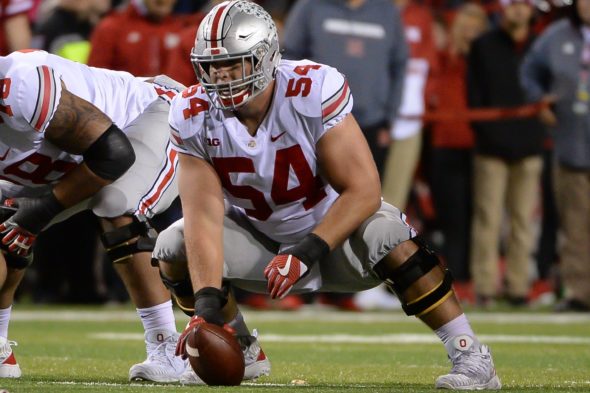 1) C/OG Billy Price (Ohio State)- Versatility, Strong, sneaky athletic, quick-footed, all wrapped up in a nasty attitude. That’s how you would describe the Buckeye product. At first glance, you see a guy, who is a leader on the field, who’s physicality stands out, in the run game. Also, a player who seems to do a lot of tape study takes great angles in his blocks, and offers a safety blanket, as a pass blocker. he has good size 6’4 315, and depending on who you ask, could be a starter at either guard spots, or center. The Falcon’s has some real issues getting it done in the middle of the line, and the addition of Price would go a long way in fixing that problem.

2) DT Da’Ron Payne (Alabama)- The 6’2 325 LB, defensive linemen, is a legit problem for opposing offenses. On passing down, he shows a knack for collapsing pockets and disrupting plays. He has a very thick base, and a strong punch, to keep linemen off of his body, shed blocks and smash running backs. The Falcon’s struggled in the middle of there defense at times, something that Payne would help with from day one. He is sneaky quick, with a smoothness to his playing style, with a bit ugly to it. He has a team-first attitude, and understand his job, is to get take on blockers to let his LB’s run free. A solid pick up, Payne, could be a starter and legit contributor for years to come.

3) S Terrell Edmunds (Virginia Tech)- S Keanu Neal, is the real deal and has served the team well over the last seasons. The problem is, after him, they lack a true playmaker or difference maker to team up with Neal. Enter Edmunds, the 6’2 220 LB, a baller is a legit prospect. With the ball skills, coverage ability, and sideline to sideline range, he could be the answer to coach Dan Quinn’s, “Who will play Earl Thomas, role?” Over the last few seasons, Terrell has been the difference for the Hokie defense, applying pressure through the air, as well as the ground. he plays with a tenacity, and aggressiveness that has not been rivaled since coming to college football. There have been questions about his long speed, but when watching the tape, you see someone who can read and react with the best of them. all while taking the right angles in coverage, making up for any type of speed issues, some may say he has. He is a long prospect, therefore can go man on, with bigger bodied wide-outs, and Tight-ends. Adding Edmunds would be huge for there defense, and could create one of the best safety tandems in the NFL.