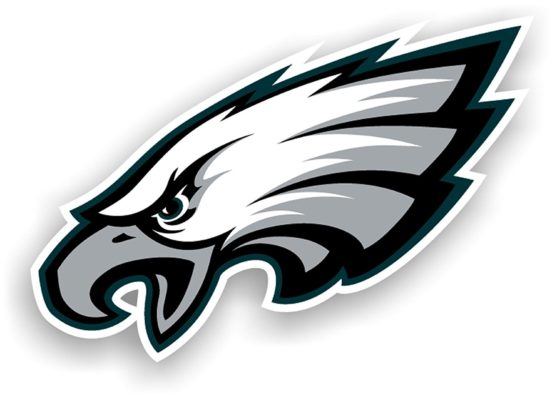 It’s official, the Philadelphia Eagles, are the Super Bowl Champions! A story of underdogs to hero’s. Threw out all the turmoil that plagued the Eagles, season, one thing reigned true. Depth! Depth! Depth! , the Philadelphia Eagles, have done an amazing job, at adding talent from 1 to 53 on this stacked roster. Now, while the taste of victory lay potent on the lips of Eagles fans big and small. We figured it be the perfect time to install the first look, at some potential NFL draft prospects, that would fit perfectly for the Eagles.

RD 1. LB Rashaan Evans (Alabama)- There are not many holes on this roster. From top to bottom, the Eagles are stacked. But one area they may cause a bit of concern, is the middle of the defense. With the injury issue that have plagued Jordan Hicks, and the contract issue pending on Nigel Bradham, the Eagles should look to add an incumbent starter. Evans fits the bill as the play making linebacker the Eagles, covet. With great size (6’3 231), good speed in both the run and pass game, and the natural instinct to keep in play on every down. The infusion of Evans, with Kendricks, Hicks and (Possibly) Bradham, would create one of strongest LB core in the NFL.

RD 4. S Deshon Elliott (Texas)- I know, I get it, the Eagles house one of the best Safety tandems in the league. But look deeper, and see that not only do they need the depth, but All-pro Malcolm Jenkins, is 30 yrs old, and it would behoove the front office to find his replacement (before they find themselves in another Brian Dawkins, situation). Elliott, is a true play maker, strong in coverage, and nasty against the run. He possess great size (6’2 210), and has the speed to play center field. The addition of Elliott would go a long way, in keeping this strong defensive backfield on top of its game.

RD 4. WR D.J. Chark (LSU)- When you talk to scouts, there is a common narrative about Chark, he has the potential to be a legit star. He runs fluid routes, and possess the size (6’3 190lbs) that coaches covet in the  NFL. Although his stats, may not jump off the page at you, that had more to do with the QB issue that plagues LSU, then his actual skill set. While at the senior bowl, Chark had scouts, and the media alike, really excited about his skill set. The addition of the Chark, would only make a pretty good wide-out room, even better.

RD 5. OT/G Tyrell Crosby (Oregon)- Let the Chip Kelly jokes commence, another Oregon prospect. Although Crosby is listed as an OT, I put him down as a guard, seeing in that he has the skill set to do both. The Eagles, offensive line, is arguably the best in the NFL, but the addition of a player like Crosby, would only add to it’s dominance. Crosby, possess the quick feet to play on the outside, and the strength to be a road grader, on the inside.

RD 5. TE Adam Breneman (UMASS)- Yes, the Eagles have one of the best TE’s in Zach Ertz, but after him it gets murky. Veteran Brent Celek, is nearing the end, and Trey Burton, could be on his way out, looking for greener pastures. Breneman, would be a solid back up, as he would help in both the run and pass game. With good size (6’5 255lb’s), he is capable of being dominant in the red zone. Quick enough to create separation, big enough to body smaller DB’s.

RD 6. DE Hercules Mata’afa (Washington State)- The Eagles have a dominant front seven, lead by a defensive line, to envy. Adding a player like Mata’afa would only make it scarier. He has the power to play inside with the big bodies, and also set the edge. While also possessing the quickness to come off the edge. While he is a bit raw, he is made exactly how defensive coordinator Jim Schwartz, likes. Thick bodied (250lBs) , and a hurricane when rushing the passer. The addition of Hercules, here would be a complete steal for the birds, while only making stronger a true strength. Maybe I am a bit bias ( seeing that we are from the same town), but put on the tape, and see for yourself.