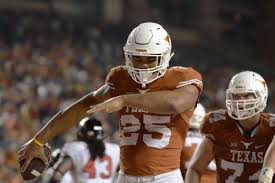 I have played a multitude of sports aside from football. Basketball, wrestling, and track & field were things I did the most often.

I do not really have any superstitions, but I do like to follow a routine & it changes from year to year depending on a variety of things.

I do not really have a singular role model. I tend to pick things negative & positive from my peers & elders & try to mold myself from that.

My favorite class that I have ever taken in all my years of school was Game Plan for Winning at Life taught by Daron Roberts. My least favorite was this Anthropology class.

I did not do a whole lot in College, but it was probably bonding with some of my teammates away from football.

Growing up I did not have a favorite team but I always watched the Seattle Seahawks, Dallas Cowboys & Philadelphia Eagles because my Dad played for those teams. My favorite player growing up was Michael Vick. I am not sure why exactly but there was something about the way he ran & could still bomb the ball, which amazed me.

If I could be in any movie, it would have to be a superhero movie! I am huge on comics & things like that. I would want to play Spider-Man, Wolverine or Black Panther. The Black Panther one is pretty new & I think it is great that there is now a superhero movie for little black kids to look up to & have representation in Hollywood.

I would love to have dinner with Barack Obama, Martin Luther King Jr. & my Nan. I miss her.

I feel my dinner choices fall under the historical figure question as well, MLK & Barack Obama. 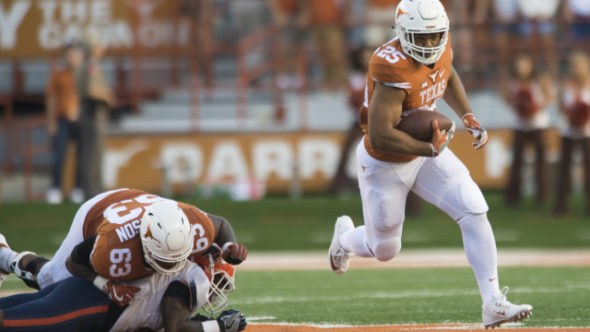 My favorite superhero is Spider-Man or Goku. Actually, I do not think Goku counts as a superhero, so Spider-Man.

My definition of hard work is pushing to the point where you get tired then wringing out all leftover energy to push past your current threshold.

The most important lesson I learned in College is that priorities & patience can make or break your day.

If I had the chance I would go back & tell myself do not be scared to venture out. There is a whole World out there that you are going to miss & a ton of people you will not get the chance to meet.

This interview was completed by Jonathan Joyce our lead D1 scout.  He is killing it this year for Draft Diamonds, so make sure you follow him on Twitter!