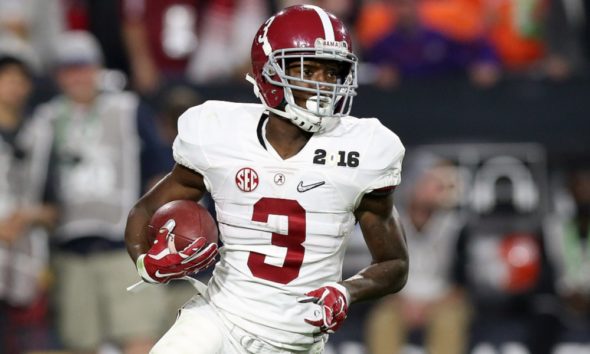 The University of Alabama has been a football factory for such a long time. Every year they have put out so much talent yearly. Calvin Ridley could be one of the players that could fly under the radar or be on everyone’s radar. Ridley could go anywhere from a top 10 pick to dropping around picks 15 to 20.

Ridley is a smaller wide receiver standing at 6’0 190 pounds. His play is similar to that of Antonio Brown’s. And that he is quick off the line and in and out of his breaks. He has fluid route running ability. Ridley is explosive and smooth off the line. He has the top speed for a wide receiver, But was hard to show at Alabama due to Jalen Hurts and that Hurts isn’t the best quarterback in the world.

Ridley has a lot of upsides depending on where he is drafted. I don’t think he will be that real number 1 wide receiver. I believe he will be better suited as a number 2 or even inside as a slot wide receiver. That way he will be able to be in a more explosive/down the field player. Ridley is similar in a skill set wise to Vikings’ wideout Stefon Diggs or Denver Broncos Emmanuel Sanders. Both of which have playmaking ability and skills. 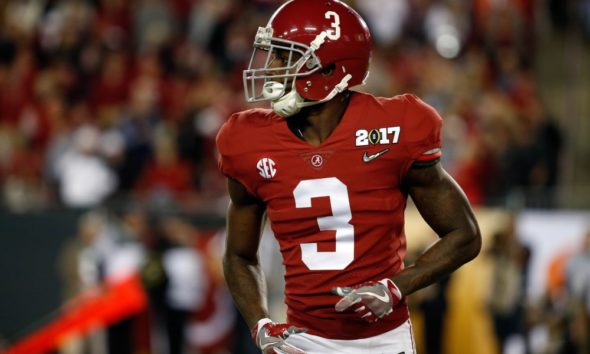 Ridley is best when he has the ball in his hands, He is a threat to score every time. Some teams when talked about who is the top wide receiver coming out this season they have said, Calvin Ridley. Teams may want to use him more along the sidelines and play him more vertically or short routes like screens and slants. Due to his thin frame teams may be shy to throw him across the middle.

NFL scouts and execs have mentioned that his thin frame is a bit of a concern considering he won’t be able to build much to his frame. Which is why I say he could be a middle first round pick. As well as he will drop some balls that he should be able to catch with ease.