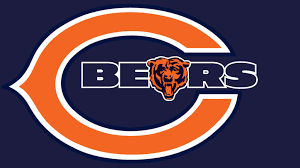 The future looks bright for the Chicago Bears. The hardest part of building a team has been taken care of, with the drafting of QB Mitchell Trubisky. They have a solid offensive line (They could use a piece here and there), a solid runner in Jordan Howard, and a strong core on defense. When viewing the roster, you don’t see tons of holes, as they seem solid across the board for the most part. While they do look solid, they do have a lot of work to do, if they are going to compete with the likes of the Packers, Eagles, Falcons, Seahawks and other NFC powers. Despite a positive start for the young signal caller, and his team, the need to nail this years draft, is at an all-time high. We looked at the best fits for the Bears and created a solid Mock, that could be a guide to what the team needs, and could be interested in. 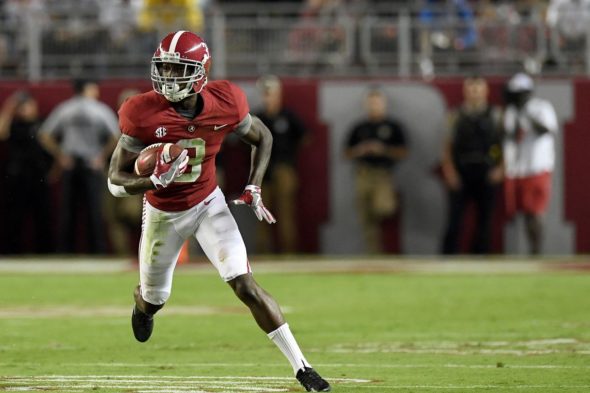 RD 1) WR Calvin Ridley ( Alabama)- This Bears team, reminds me of the Oakland Raiders, as they brought in QB Derek Carr. The first thing they did was find him a new shiny toy, Enter Calvin Ridley. The Amari Cooper, clone, is a legit playmaker. Solid on the inside, and out, Ridley could serve as Trubisky’s,  top target for years to come. The addition of the young star could help in the development while adding a future pro-bowler.

RD 2) OT Kolton Miller (UCLA)- This 6’8 310 Prospect, is a quick-footed, athletic baller, who could play on both sides (Left and right Tackle), but some scouts say he is best served to play on the right. Protecting their young franchise should be a priority, and that happens to be Millers, specialty, protection. In the run game, he is a hammer, as he uses strength and brains to move defenders off the spot. In the passing game, he is a solid blocker, with smooth footing, and all the tools to become a pro-bowl right tackle for years to come.

RD 4) DE Duke Ejiofor (Wake Forest)- At 6’4 270 LB’s, Duke Ejiofor, is a demon coming off the edge. He is quicker than his 4.7 forty times would suggest, and adds value as a run stopper. He is a smart player, and quick in his diagnosing of a play. Capable of keeping tackles off of his body, while breaking down plays, and solid setting up runners. The Bears have a few solid pieces as of now but could use a dominant prospect like Ejiofor.

RD 4) CB Tarvarus McFadden (FSU)- When talking to scouts about McFadden, opinions are all over the place. Some say he has the skills to be a first-round choice, while others say, he will be there late in day 2. I Agree he will be there in day 2, but also agree he has the tools to be a star in the NFL. Although he struggles with deep speed, he has the skill set, to be a legit press coverage stud. He is strong against the run, adds value to the nickel and dime, defenses. At 6’2 200 LB’s, he possesses the size that scouts covet, and has the potential to be a complete steal at this point.

RD 5) WR Marcel Atemen (Oklahoma State)- Due to the play of teammate WR James Washington, Marcel Atemen, just didn’t get the attention he deserved. In some scouting circles, he is considered the better of the two prospect’s, as he is a bigger target (6’4 216). A solid route runner, Atemen, brings a tough guy mentality, when going over the middle, and going after contested catches. Despite adding Ridley in round 1, the need to build a wall of talent around their budding young star is a must.

RD 6) TE Adam Breneman (UMASS)- Zach Miller, is coming off of a gruesome injury, one that could affect him for a while. Add that to a need for an infusion of talent, and this choice makes a lot of sense. Breneman is a talented blocker and adds value to the passing game. As he has better than average hands while running clean routes. A young QB needs a solid go-to target, and Breneman could be that guy.

RD 7) ILB Azeem Victor (Washington)- If you would have asked me about Victor in 2016, I would have quickly told you he could be a top 25 pick. Fast forward a season, a broken leg, and an off the field incident, added to heavy play (which took away from his speed), and you have a guy falling down draft boards. Not to take away from his skill set, if Victor can play up to his potential, he could be an absolute steal here. The need at LB, isn’t a big one, but anytime you can add a talent like him this late in the draft, you pull the trigger. He has a nasty style of play, lead by (when healthy and in shape) his speed, which is what sets him apart from other prospects. I am interested in seeing what Victor is capable of doing at this level, if he play’s the way we know he can, he could be a monster.