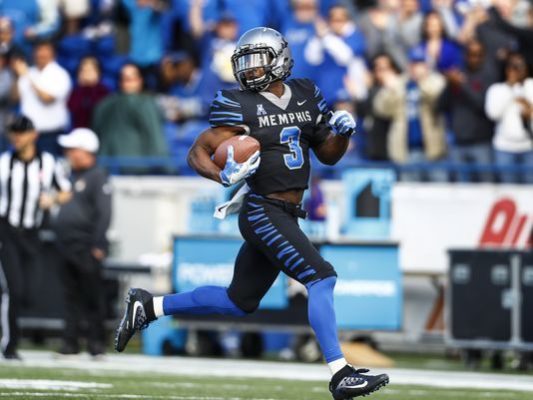 Anthony Miller is a wide receiver out of Memphis. Miller stands at 5’11 and 190 pounds. Anthony Miller was born in Memphis Tennessee, He was a football and track star in high school. But he was a walk-on at Memphis University, But soon enough earned a scholarship. His first season at Memphis Anthony Miller red-shirted on campus.

In 2015 Miller finally hit the field and he started making an impact. In his first season of action, Miller hauled in 47 catches for 694 yards and 5 touchdowns. But his Sophomore and Junior seasons Miller exploded and worked wonders when thrown too. Between the two seasons, Miller averaged 95 catches for over 1400 yards and 14 touchdowns than 18 in his Junior seasons. Miller put together the best season a wide receiver ever has at Memphis, Breaking records for catches, yards, touchdowns and 100-yard games.

Some draft experts have Miller being picked late in the first round, While others have him going pretty early on day two of the NFL Draft. Miller is a hard-working athlete that has developed from a high school graduate with no offers to a potential first- or second-rounder. His big-play ability would instantly give any team that drafts him a threat down the field.

Miller accounted for 31.4% of the team’s receptions and 33.8% of their yardage. The guy is a monster and came through in the clutch many times and was his quarterbacks go to wide receiver at any point in the game. Miller goes full throttle into every route he runs and somehow doesn’t look speed when he cuts. He has one of the more beautiful double moves out of this draft class.

His body control and strong hands give Miller the ability to make some acrobatic catches. He is able to quickly adjust to poorly thrown balls and can pluck the ball from different angles. This makes Miller not only a big play threat but also a reliable target. Despite his smaller stature, Miller plays with a lot of toughness. He is someone who will fight through contact to gain extra yards, box out defenders to win the ball and contribute as a run blocker.

Miller doesn’t possess the top end speed or a big frame that could hurt him at the next level. I’m thinking he will run between 4.45 and 4.52 on the 40-yard dash. 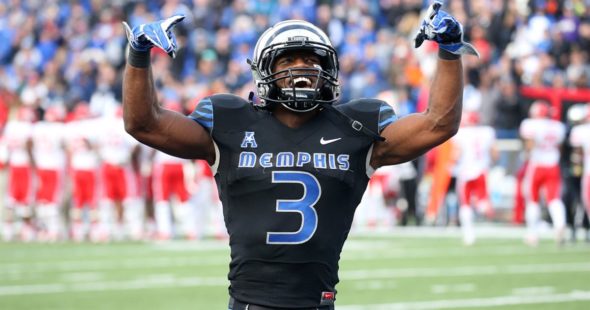 However, Miller does have an ankle injury that he suffered in the loss vs Iowa State in their bowl game. He was seen in a walking boot and using crutches.  it was then noted and reported on January 18th that he would not participate in the Senior Bowl, which was to be held January 27th. Which would raise some questions about how bad is the actual injury? It is still up in the air if this injury will cause Miller to be limited at the combine or just miss it all together and only be able to participate in the interview process. There have been no reports regarding his injury, which is not surprising, considering such information could harm his draft stock. He also didn’t have a lot to prove at the Senior Bowl, which is most likely why he missed it, along with the fact that he is not healthy. But until we see him at the NFL Combine or at Memphis Pro Day we will know if and when he is fully healthy.