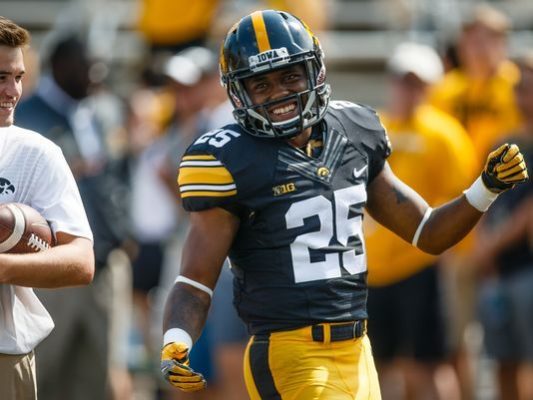 Akrum Wadley is one of the most versatile running backs in this draft class. Wadley stands 5’11 191 pounds, Wadley is from Newark New Jersey and the 2nd of five sons. When he left to go to Iowa his mother told coach Kirk Ferentz to not send him back till 2017. Wadley struggled his first semester averaging only a 1.8 GPA. By the end of the next semester after he spent more time in the learning center his GPA jumped up to 2.8 and into the good academic standing.

Wadley totaled over 3600 total yards and 35 touchdowns. One of his skills that you see first is how he is able to stop and start acceleration is. It reminds a lot of people of a LeSean McCoy type of a runner. Wadley has good speed but he doesn’t have breakaway speed where no one can catch him from behind.

Wadley also has great patience when running the ball, He waits and allows his blockers to set a block and open up a running lane for him to spring through. But he is at his best when he is in open space with the ball in his hands. He has one of the better jump cuts and juke moves by a running back this season. But even though Wadley isn’t a power back, He isn’t easy to bring down. He continues to move his feet to try to drive for more yardage. Wadley also has good hands coming out of the backfield and is able to get chunk yards in the passing game as well as being a more than capable and willing to block a pass rusher. 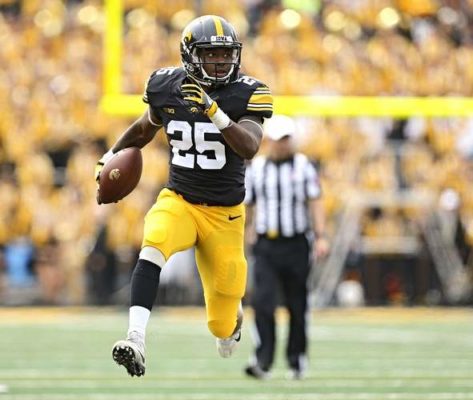 One downside to Wadley is I don’t see him being a full time running back. I believe Wadley is more of a change of pace back or a back that would thrive for a team like the New England Patriots. Wadley never eclipsed 1200 yards rushing in 13 games. One of the bigger questions is that could Wadley carry the ball 20 plus times a game for 16 or more games a season? Another issue is ball security, he had 7 fumbles in college and had a fumble rate of 83 touches per fumble. One of the lowest of all RB prospects.

Overall I believe Wadley depending on how he test leading up to the NFL Draft will determine when he get’s drafted. I think Wadley is a 2nd round draft pick but could possibly fall to the 4th round. It will all depend on how he does leading up to the draft.

This scouting report was completed by our amazing Division 1 Scout Cody Ladue. Go Follow him on Twitter.