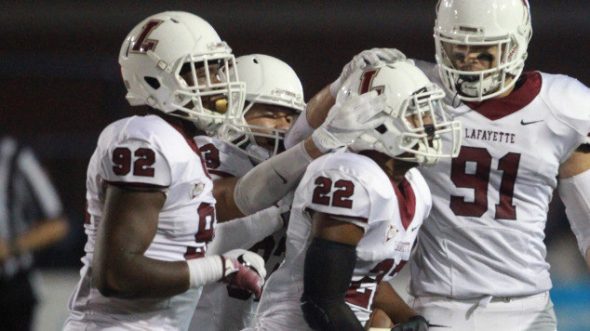 This report was put together by our lead scout Brandon Davis!! Make sure you follow him on Twitter!

Strengths: Parham Has good athleticism, okay feet, and fluid hips for a cornerback of his caliber.  On film, he looks to be most effective in zone coverage.  His instincts allow him to close in on his receiver with good speed, and make a play on the ball with decent hands.  Those same instincts & competitiveness also shows on film when he sheds blocks to make the open field tackle in run support, and against screens.  In man coverage, he’ll challenge a receiver for 50-50 jump balls while keeping pretty good body position.  He’s versatile enough to be used in punt coverage & when blocking field goals.

Weaknesses: Parham is slightly undersized for the cornerback position at the next level.  He shows very little strength to be able to jam a receiver effectively in press coverage, which can cause him to be beaten deep by faster & stronger receivers.  He looks to undercut routes more times than not, which can make him susceptible to double moves.  As a tackler, he doesn’t use the best form when bringing down the ball carrier.

Summary: Throughout much of his career as a Lafayette Leopard, Parham has been an effective starter at cornerback, with his best season being in 2017, which led to him earning both 1st Team Associated Press FCS All-American honors & 1st Team All-Patriot League honors.  He plays with good speed & athleticism while being slightly undersized for the position.  Playing in zone coverage is where he seems to excel the most with his instincts & closing speed to make plays on the ball.  While he’ll challenge any pass by jumping for it in a 50-50 situation, or by undercutting a route, he looks to be a liability against bigger & stronger receivers that can pull off a double move, or beat him deep.  His size & strength also makes him ineffective when jamming a receiver in press coverage.  While he is willing to provide run support, he doesn’t always use the best form.  He does show some versatility to be able to play on special teams, which will help his value as a pro prospect.  Overall, I see Parham getting consideration as a possible late 7th round pick at best by a team looking for a backup corner that can be developed into a serviceable player down the line.