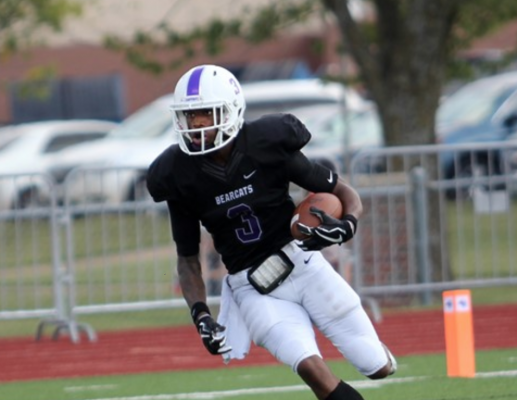 My role model is Randy Moss. As a kid I grew up watching him play on the television and video games. The man was an animal and made it look so easy. He used to put his hand up in the air before he was even opened because he knew he would be open by the time the ball came. Not many guys can have as much confidence as he had going up against players like Deion Sanders. I remember playing Madden as a kid and just airing it out to Moss knowing he would make the play. It is also worth mentioning that I looked up to Chad Ochocinco as a kid. I liked that fact that Chad enjoyed the game and spoke his mind no matter who was in front of  him.

I have maintained great relationships with many if not all my professors. I would say that Angela Ham, my social work instructor would have to be the most influential teacher I have had in my life. She taught me to be a professional and to care maintain healthy habits in the workplace and at home. I have had many teachers care for my wellbeing, but Angela was very devoted and hard working. She led by example and showed how things were supposed to be done. She also pushed me very hard and helped me land a major job at Citizens Memorial Hospital. I work full time as a Social Worker in the Cancer Center where I lead support groups and counsel patients with cancer. For the things I have learned in the class room, I owe a great deal to Angela Ham.

Growing up I played  Basketball, Football, Track, and Baseball.

Tevin Mitchell for the Indianapolis Colts. Tevin is very discipline and patient which is hard to do for most DB’s. Deception as a receiver is something I have mastered over time, but it is hard to deceive someone who is patient. With Tevin, I utilized a lot of speed releases and quick moves. All in all, probably one of the best DB’s I have ever lined up against.

Trent Edwards out of Dallas Texas is a big-time play maker capable of playing at any level of competition. He plays Division II which makes him slightly underrated, but I have no doubt in my mind that if he was at a Division I school that he would accel. 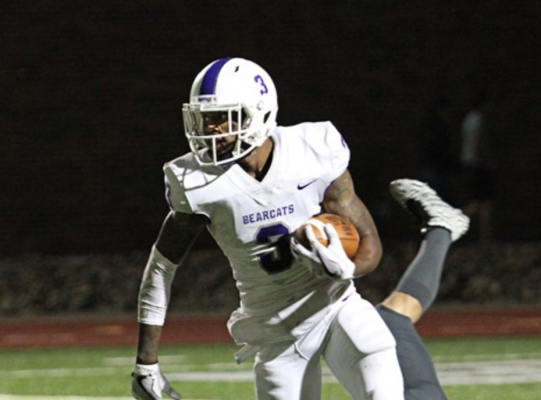 In comparison, I play like Chad Ochocinco. More heart than any one who lines up to guard him. Confidence is one of my biggest attributes.

Many obstacles have been placed in my life but the biggest one of them all has been dedicating my life to something I love without the physical support of my family. As a child, I moved a lot. Before graduating high school, I attended 10 different schools over numerous states. In college, I played every football game without a single-family member in the crowd. Even games I played very well, I was alone in the locker room. Knowing the purpose of me being here helped me overcome this obstacle. During this time, I was a team captain, worked a part time job at the hospital, and went to school. Although it was tough, it taught me how to balance my schedule and be a man. I learned early that if I did not do it, then no one else will. I am the first in my family to successfully finish college and I do not plan on being the last.

Before every game I like to go onto the field and feel the atmosphere of the Arena. I take a knee at the goal post, close my eyes, and just listen. As I listen to the stadium, I think about how many things are going on inside one place. This realization helps me to focus on one thing and that is my job and my purpose of that time. Once I find my goal and purpose for that game, I thank God for my being there and pray he watches over my team and loved ones as we go to war.

Junior year we played a game against Missouri S&T in the rain. It was cold, and we were down 23 points at the half. Playing on the road, the odds were against us but not in my eyes. During halftime I knew we would have to pick it up and play our game, but adversity set in early. Coming out for the second half, our defense got a stop and offense was up. They pinned us on the -2-yard line with a punt. As offense got ready to come out, Coach Staback asked if I was ready to go deep and I told him “HELL YEAH”.  We called a fade route on a defensive back that was playing at least 10 yards off the ball. The reason this is the most unforgettable play is because prior to getting lined up for this play, my coach had told the DB that we were coming at him right now. He said okay and acted like he was going to lock me up. Little did he know I wasn’t playing. I fired off the ball with no care in this world to what he had in mind. As I ate up the cushion and reached his toes I looked back and saw the ball sailing in the air. He turned his hips and tried running with me. Seeing that he had no idea where the ball was, I gave him eyes as if the ball was coming back shoulder, in that moment he turned to find the ball, and before he knew it separation between the two of us had occurred and I was gliding down the side line for the first score of the half that would lead to a major comeback against our rivals.

A kid of my professor loved the football team and looked up to me. For his birthday I got him a helmet signed by the team and coaches. He loved it.

As a kid, the Seahawks were my favorite team.