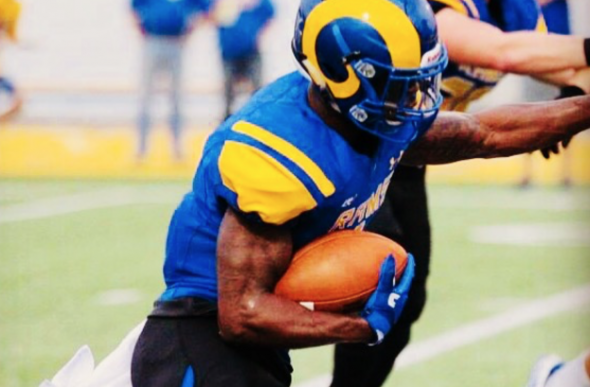 My name is Fredrick Lawrence

Michael Vick, grew up watching him play, he made a mistake that he had to pay for but he didn’t let it keep him down. He learned and grew as a person, and was bale to play in the NFL again.

Not having money to be able to help my family and friends. Haven’t overcome it yet.

I walk all around the field turning the football pylons twice

In 2015, returned a 93 yard punt return for a touchdown with only 10 players on the field. The first game since my teammate Christian Taylor died.

We had a little guy named Anthony that was going through a illness that we drafted to our team we were able to attend a couple games of his. He had this big section getting loud for him and his team.