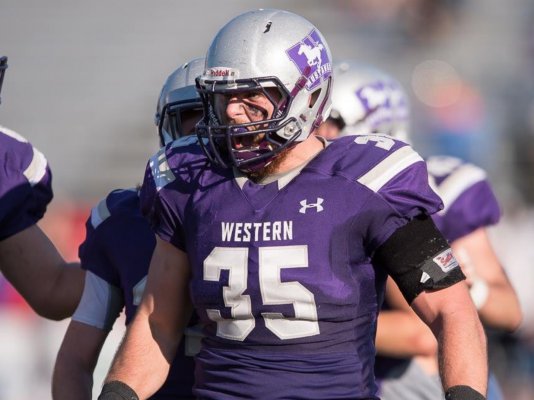 My Dad. For the entirety of my life he has managed to make ends meet and find away to allow my siblings and I to have the opportunities to succeed. While we were young is was working countless hours of overtime to make sure we had a little extra money to play organized sport and make sure we had food on the table. When times got tough he would do just about anything to make sure his kids came first, if that was if we ate instead of himself getting enough or making sure our bedrooms got heat instead of his. He taught me that no matter what you can push through tough times and make sure that if you take care of the ones around you that good things will come.

Mr Jones, He was an elementary school teacher that I have lost touch with but he inspired me to move on to bigger and better things. Coming from a small town where no one really leaves to pursue education and especially not the next level of sport, he saw potential and the passion I had for sport and leadership and made sure I didn’t let that go to waste. He helped get me into a better high school out of town that allowed me the opportunity to grow as an athlete and a man. Without his initial wisdom and motivation to pursue greater things I would not be where I am today.

Played just about everything from soccer to baseball, through high school I played rugby and ultimate frisbee.

There are a couple great defensive ends in our league that always make for great challenging games, however I think the hardest player to go against would be Edward Godin. He plays with a great defensive end on the other side which gets a lot of attention however Godin was the complete package, fast off the balls, an efficient pass rusher but very physical and was tough to move.

Harry McMaster. Sure, in recent years he has become a bigger name in the league and got voted an all-star. This being said I still do not think this is enough recognition for the skills and the character traits that he possesses. He is one of the best receivers and hardest working players I will ever meet, he deserves much more and I truly hope he gets a shot somewhere. 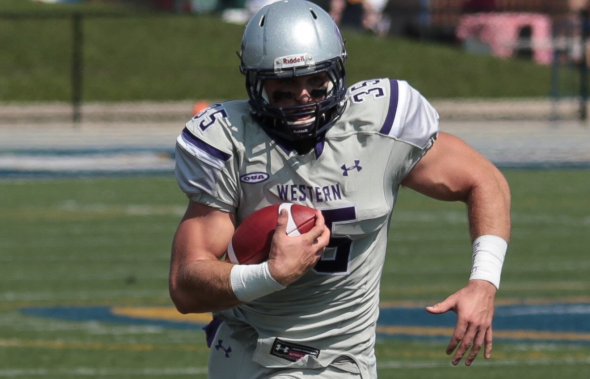 As a fullback I would most compare myself to Chris Cooley, although he doesn’t play in the NFL any more I would say that we carry the same skill set and body type and style of play.

The biggest obstacle I ever had to over come was something indirect. In 12th grade my dad suddenly found out he needed triple by-pass heart surgery. This would men he would have to take a couple months off work and will be in critical condition for a while. This occurring just after a recent separation between my parents which left the family with next to no money. I had to take on 3 different jobs to make some extra money which caused me to miss school and get very little sleep. I didn’t have a problem doing this because I knew this allowed my dad to stay at ease while he recovers knowing that the house is taken care of and his kids will all be okay. I know he has worked so hard his whole life to makes ends meet and it only made sense for me to do the same. This time taught me a lot about myself and has made obstacles since then seem much easier to over come.

I try not to get myself to worked up into rituals but stay focussed on the task ahead of me, That being said I like to eat the same breakfast, and once Im at the stadium I walk the field to get used to the temperature, wind and feel of the field.

My most memorable play from my college career was the scoring play on the first drive of the national championship. It was the opening drive and we marched down the field and called a QB off tackle run, I washed the end down the line, the rest of the OL opened it up for the touchdown. It set the tone of the game and we went with that same pace and tempo to go on and win the game.

To specify one person is hard but the volunteer work I have done over the years is a great way to give back to the community, whether its with food drives, with elementary schools teaching about healthy living and sports, or spending time with people that ay not be able to leave the hospital due to illness. All of these are great ways to realize the change you can make in someones life that may not be as fortunate with just a small amount of your time.