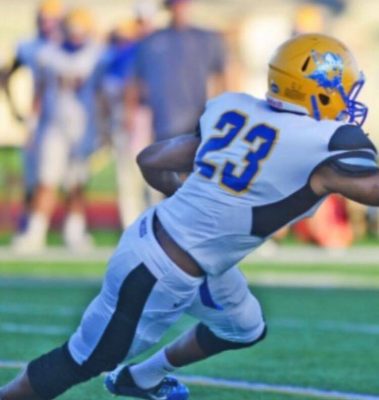 Strengths: Bell-White is a very athletic player on the defensive side of the ball. He has good overall frame, a motor that does not stop, and he plays with good speed at multiple positions. He can line up as an outside linebacker, a safety, and as a slot corner. As an outside linebacker & strong safety, he can attack the line of scrimmage at different spots to stop the inside run, and rush the QB. At both safety positions, he plays his zone coverage assignments deep in the secondary & in the flats with decent discipline, breaking up passes and he can come running down hill in run support. At the slot corner position, he can cover the slot receiver well in man coverage. When tackling, he brings down the ball carrier with physicality at different angles. He is a defensive player that has good awareness at multiple positions.

Weaknesses: While Bell-White is athletic & versatile, he is undersized for the outside linebacker & strong safety positions. When shedding blocks & rushing the QB, he doesn’t use a lot of weapons to get loose. On film, he plays with a bit of a high pad level, especially when back pedaling at the free safety position. He is not an expert at one single position. While he is physical when tackling, he doesn’t always use the best form. His durability is a question as he only played in 13 games at Bethany College, along with his level of competition.

Summary: Bell-White was quite the defensive weapon for the Bethany College Swedes. He finished his career with 101 tackles, 15.5 tackles for loss, 9 sacks, 1 interception, 7 pass breakups, 3 forced fumbles, and 4 fumble recoveries. He is an athletic player on defense that plays with a nonstop high motor, good awareness, and is versatile to the point where he can line up at multiple positions. He plays with good speed despite being undersized at some spots. He can attack the line of scrimmage to stop the run & rush the QB at different positions while not having many weapons in his arsenal to get off blocks. He has decent discipline when playing zone coverage, and he has the ability to cover the slot receiver in man coverage. To be successful at the next level, he must show that he can play with a lower pad level, tackle with better form, and be able to handle the workload of a full season, especially going against a higher level of competition. Overall, I see Bell-White as a developmental prospect that should get consideration as a priority free agent at the strong safety position for a team with a zone scheme on defense. If a defensive coach is willing to work with him to develop his skillset, he can be the same defensive weapon as he was in college at the pro level.