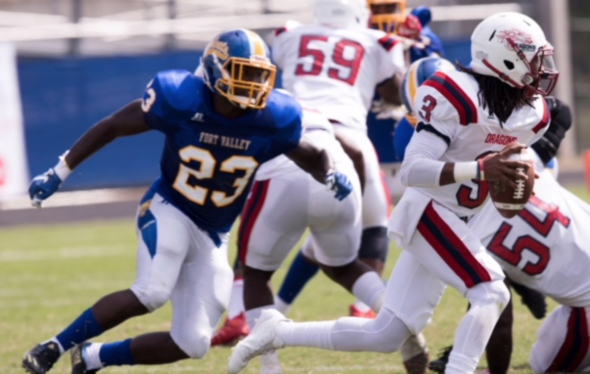 What is the one song that would fire you up before the biggest game of your life? Meek Mill dreams and nightmares intro

Jaguars linebacker Telvin Smith because he play with a lot of passion & it shows & he’s a down hill thumper that can also play sideline to sideline.

The biggest obstacle I had to overcome is not being in school or football in the year 2015 due to not giving a chance to walk on to a school, & I overcame that by staying positive and focus about the situation even thou things wasn’t going my way that year.

My most memorable play was 2016 conference championship game against Kentucky state when I force a fumble that gave us a chance to win the game in Over time.

The coolest thing I ever did was deliver toys to the less fortunate kids through Brunswick Georgia with my mentor John Williams.