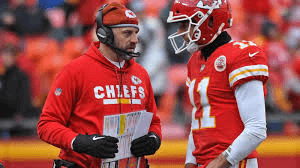 With Nagy locked down, the Bears‘ brass will turn their attention to the defensive side of the ball. Rapoport reported Chicago is attempting to retain defensive coordinator Vic Fangio, whose contract expires on Tuesday. Fangio could have several suitors if he decides to leave Chicago.