3 Takeaways from the 2018 Senior Bowl 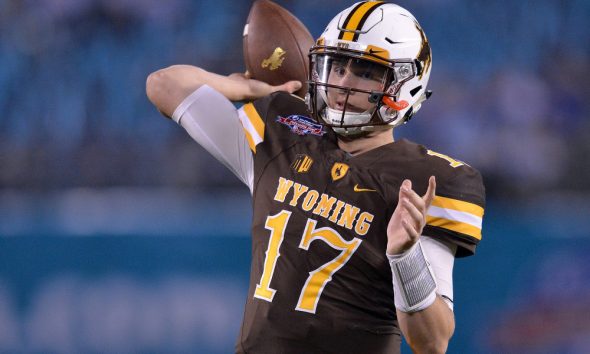 3 Takeaways from the 2018 Senior Bowl

1: The Josh Allen Hype Continues: You either love him; or you hate him. At least that’s what it seems to be like in the draft community. Allen showed the arm strength and physicals that make you love him, as well as the inaccuracy and inconsistency that makes you hate him. After turning in an average week of practice, Allen showed out in the game and left Mobile on a high note. Allen has been a bit of a wildcard in mock drafts, but as reports came out on the NFL’s opinion on him, it seems more and more likely that Allen will be a top 5 pick. This is my personal scouting report on Allen here.

2: Penny and Ballage are Quality Day 2 RB’s: I have personally been a fan of both of these running backs throughout the draft process, and I’m glad that they are finally getting the recognition they deserve after a good week. Ballage was part of a committee at Arizona State, and wasn’t able to show consistently how effective he can be if he gets the necessary volume. Ballage showed he has the speed to get to the edge, and displayed average receiving ability. Penny did not get much attention at San Diego State, and had to succeed the most productive running back in college football history. Penny is viewed by many as a bigger power-type back, but I feel that is wrong. Penny shows good speed and elusiveness in open space, and I felt he demonstrated that in practices and in the game.

3: Late Round QB’s Show Up: When talking about the QB class in the Senior Bowl, Allen and Mayfield are at the top with everybody else looking up. By many accounts, Allen and Mayfield did not have the top 10 pick game they were expected to have, but Mike White and Kyle Lauletta sure did. White has a very strong arm and was successful in Western Kentucky. He has an NFL build and the headliner for the South team coming in. The more impressive QB for the South was Richmond’s Kyle Lauletta. Lauletta on tape has a smaller build, has good short accuracy, is mobile, and can throw on the run. Lauletta’s talent is undeniable, but his future in the NFL was in question due to his competition level. Even though a week does not take away all concern, it sure does assure teams who liked him before the week.