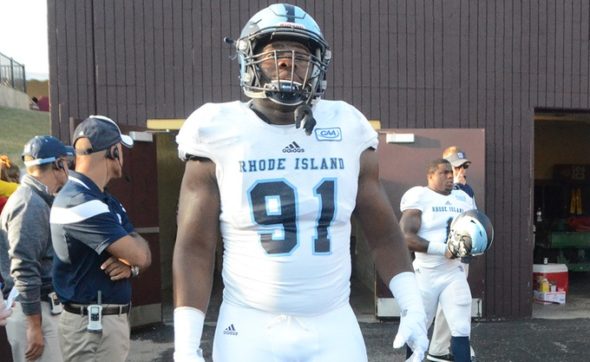 My father!!! He  taught me how to pray and how to work hard.

Larry Allen’s son from Harvard was pretty good.He was the first and last guy to ever stop my bull rush.

Will Mack is very good. It’s just a matter of time before people start to here about him. 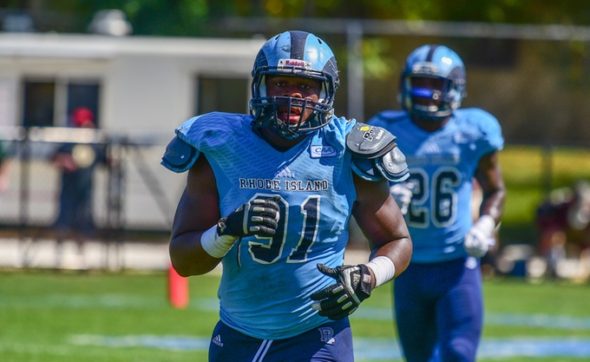 Aaron Donald we are the same size except I have an inch on him. We also play very similar.

Getting through fork union military academy!! It was challenging and overwhelming In so many different ways but it gave me the poise and taught me discipline and hard work. I wouldn’t change that for the world.

I do some extra static stretching and read some bible verses and say a prayer before every game.

On my senior day at mead stadium on the last play of the game I got a sack to finish off Villanova. A team that we never beat while I was there.  It was magical.

One time I was at a bar and an older lady fell. People were trying to help her up by her hand but she had bad hips and couldn’t do that. She needed someone strong enough to pick her up from under her arms and I was the guy for the job.

If you could have dinner with three people dead or alive, who would you choose? Martin Luther king, Reggie White and Barack Obama.