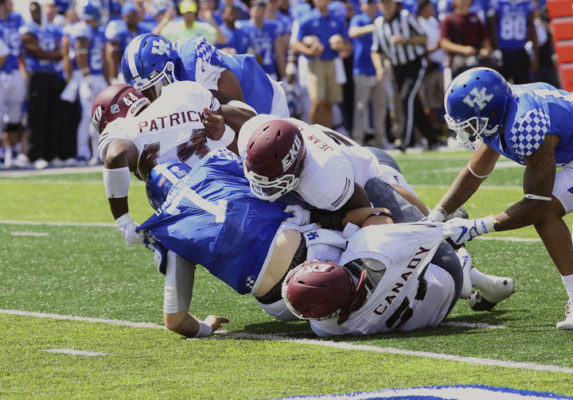 My parents because they always make sure I’m putting the important things first in my life and they also showed me the true meaning of hard work.

Nothing organized, besides football.

I would say Ryan Markush, he plays WR. Smooth in his transitions. Always making big plays no matter the opponent or competition level, always catching passes that aren’t in his favor to catch. Look out for him!

Young Jeezy – How it feel

I would say Leonard Floyd, even though I think I’m a better player than him. He’s a playmaker, I think we share the same skill sets as far as being a hybrid athlete.

I would say going to Junior college and dealing with the obstacles I faced there, it was the first time I was really on my own. Not to mention going to school for 3 yrs straight with no breaks, no vacations made it a lot more harder.

Not really, I just give thanks to the man above for being able to come out and play the game I love.

My 1st sack of the season against WKU. I also forced a fumble it went back for touchdown.

I’ll say treating my teammate to a meal, if they didn’t have money to get something to eat that day.